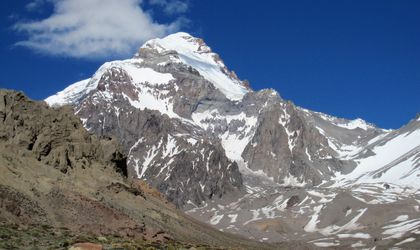 Romanian climber Dor Geta Popescu, aged 12, has become the world’s youngest girl to reach the Aconcagua Summit in Argentina, standing at 6,960 meters, according to Mediafax.

Aconcagua is the highest peak in the Southern and Western Hemispheres, the highest outside Asia and the highest in the Americas. According to the Mountain Sports Club Altitudine, both world records in the female category for lowest age upon reaching the Aconcagua summit are held by Romanians.