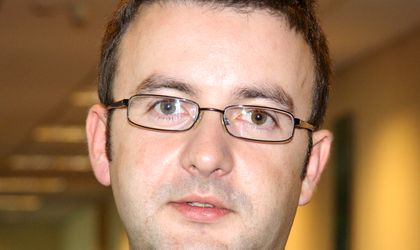 The tough economy cut the profits of Romanian companies last year, while labor costs kept rising, sending the human capital return on investment index down by 9 percent to 1.22, according to PwC’s Saratoga Romania 2012 survey.

The study, which involved 84 companies from 8 sectors of activity, show the yearly revenue per employee fell to EUR 108,383 and the profit decreased to EUR 3,528.

“Unfortunately, Romanian companies were confronted last year with a deterioration of profitability, correlated with an increase in labor costs. Therefore, the human capital return on investment in Romania has lagged behind the Central and Eastern European average, where this indicator stands at 1.57. This impacts Romania’s competitiveness and its attractiveness as an investment destination,” said Horatiu Cocheci, Human capital advisory team leader at the professional services firm PwC Romania.

In terms of absenteeism, Romania has a reported level of 1.4 percent, which is three times smaller than the CEE average of 4.3 percent. The personnel fluctuation stood at 15.6 percent last year, which is roughly in line with the CEE figure.

Wages in the private sector grew by 5.1 percent this year, according to PwC’s PayWell Romania 2012 survey. The study had 170 participants, analyzing over 140,000 wages.

Cocheci said the real wage growth this year was “insignificant” as it was eaten by inflation. Last it year was 2 percent. The higest paid employees are in IT, Leasing and Pharmaceuticals.

Around 90 percent of the remuneration package comprises of the guaranteed annual income. This figure stood at 69 percent in 2008. The rest is made of variable bonuses and benefits.

Close to half of the surveyed companies have budgeted an average wage increase of 6.1 percent for 2013.