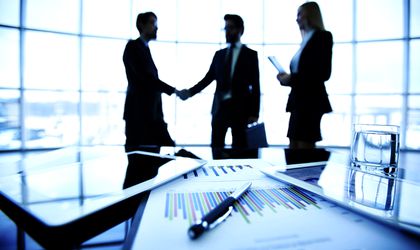 The local market for mergers and acquisitions (M&A) climbed to around EUR 3 billion in 2015, while global deal-making has surpassed the previous record set in 2007 to around EUR 3.4 trillion. Pundits say that IT, banking and healthcare are some of the sectors that will continue to drive deals in Romania this year.

“While 2015 will go down in the books as ‘the year of mega mergers’, it is likely that 2016 will see more middle-market and small-market growth. While the big players wrestle with regulators about how they plan to move forward, the less massive players will need to jockey for position in the shadow of the giants,” Radu Dumitrescu, director of Financial Services Advisory Practice at professional services firm Deloitte Romania, told BR.

Bigger market but fewer transactions in 2015

Meanwhile, Florenta Birhala, manager, Transaction Advisory Services at professional services firm EY Romania, pointed out that the local market has emerged towards a consolidation process in some sectors starting 2015.

EY Romania has put the total size of the local M&A market at around USD 2.7 billion for last year.

Birhala pointed out that the healthcare sector was one of the most dynamic, by showing a compound annual growth rate (CAGR) of 15 percent during the last 7 years.

“On the other hand, the M&A market is fueled by the global divestment trend of multinationals, used as a route to reshape business, which resulted in a number of prominent transactions across geographies. (…)The trend is expected to continue in 2016,” stated the manager at EY Romania.

Most active sectors for deal-making

In 2015, top investments were performed in sectors such as real estate, manufacturing, healthcare, banking and retail.  For 2016, the financial services, IT, healthcare, real-estate and FMCG are expected to continue to be very dynamic in terms of transactions, according to Birhala of EY Romania.

“Last year, the FMCG sector witnessed the largest transaction in the past five years, through the acquisition of Albalact by Lactalis which closed at the beginning of the year. Also, in the healthcare sector, the acquisition of Regina Maria by the Mid Europa Partners, is expected to generate further consolidation in the private medical services market throughout the next two to three years. The majority of these sectors are targeted by both strategic and financial investors, due to their historic growth pace and future development perspectives,” stated Birhala.

Private equity firm Mid Europa Partners acquired last summer the healthcare provider Regina Maria from US investment fund, Advent. The deal amounted to EUR 99.6 million, according to market estimates. One person close to the deal said this was the biggest transaction in the local healthcare sector to date.

Representatives at professional services firm KPMG Romania said that, aside from the Regina Maria deal, another transaction included the acquisition of IHS dialysis clinics by Diaverum, and MedLife’s takeover of several clinics and laboratories.

“The trend might continue this year in the healthcare sector with transactions involving smaller players”, KPMG representatives told BR.

“We expect to see several transactions in the banking sector where a consolidation is expected by the market and where we have the recent announcement related to the acquisition of Banca Carpatica by Nextebank. A sector where we expect to see a particular interest from the investors is agriculture,” added the KPMG officials.

The biggest deal in the banking sector was UniCredit’s acquisition of a 45 percent stake in UniCredit Tiriac from business person Ion Tiriac, in a deal worth EUR 700 million, according to market estimates.

“The most attractive sectors in 2016 will continue to be financial institutions and services (there is a definite need for consolidation of the banking sector; same for insurance), agriculture & forestry, energy and real estate (which is at the beginning of a new cycle),” stated Dumitrescu of Deloitte.

He forecasted the M&A market will go down to around EUR 2 billion, with smaller transactions happening more often than larger ones.

“The aspects impacting the M&A market at global level (falling oil and commodity prices, China’s slowing demand, continued concerns over the Eurozone, US presidential elections), will also have an influence on the local market; part of the activity will be driven by disposal of noncore assets or exit from noncore markets, as it was the case with McDonald’s Romania.

Although 2015 is the highest for deal values in the recent years, on a last twelve-month (LTM) basis, there was a slowdown in the volume of transactions in the second half of 2015, which we expect to also impact 2016,” stated Dumitrescu of Deloitte.

A report published by investor company EMIS and law firm CMS, on last year’s M&A activity in Emerging Europe, noted that the sectors that saw most transactions, included manufacturing (19 deals), real estate (17) and telecoms & IT (15).

The overall deal-making in 14 countries in the CEE, including Russia and Ukraine, reached EUR 53.5 billion, from 2,138 reported transactions. In the previous year, the M&A market stood at EUR 62.8 billion.

Romania could become more attractive in the CEE for transactions

Despite the growth of the local market in 2015, Romania is still trailing Poland and the Czech Republic, which are the key players in Central and Eastern Europe (CEE).

CEE as a region continues to become more fragmented. Political changes have a direct, and often immediate, impact on the levels of new investment and the sustainability of existing investments. See, for example, Hungary over the recent years; there is much speculation about the development of the Polish market after the recent change of government. The net result for the region may be neutral, however, as investment is simply diverted to other CEE countries, rather than withdrawn, according to the report.

“Definitely, next to Poland and Czech Republic, Romania is an important market for M&A in the CEE region,” stated Dumitrescu of Deloitte.

The value of global M&A amounted to USD 3.8 billion in 2015, beating the previous record set in 2007, before the start of the financial crisis, according to data compiled by Bloomberg. In the same period, total private equity value in Europe rose by 20.8 percent to over EUR 401 billion, according to the PE Breakdown report by PitchBook. There were 18 transactions at, or exceeding, EUR 2.5 billion in size.