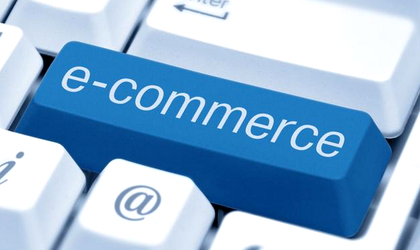 With 14 percent of companies buying online and 8 percent selling online, Romania has among the lowest shares in the EU, according to Eurostat, only surpassing Bulgaria (13 percent in e-purchases and 9 percent in e-sales) and Greece (11 percent and 7 percent) in this aspect.

Regarding turnover generated from e-sales, Ireland was, among those for which data are available, the member state registering the highest share (37 percent of total turnover of enterprises), ahead of the Czech Republic (30 percent), Slovakia, Finland and the United Kingdom (all 21 percent). Romania stands at the opposite end of the scale with 8 percent, along with Cyprus (6 percent), Bulgaria (5 percent) and Greece (1 percent).

When it comes to e-commerce within and outside the EU bloc, 2 percent of Romanian companies made sales online to other member states, 1 percent outside the EU, while 12 percent sold on the local market.

In 2014, while 18 percent of EU enterprises sold electronically on their domestic market, e-sales abroad were more limited: 8 percent sold online to customers in another EU member state, and 5 percent to customers in non-EU countries.