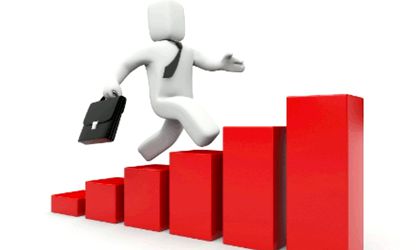 The largest Romanian companies present in Deloitte Central Europe Top 500 saw a median annual revenue growth of 5.3 percent compared to the regional rate of just 0.3 percent, shows data from the latest Deloitte study. The number of companies from Romania present in the ranking increased to 46 as compared to 42 in 2014, placing the country fourth, one position higher than the previous year.

The combined turnover of these companies rose by almost 7 percent to EUR 46 billion. By way of contrast, the combined revenues of all companies in the Top 500 dropped by 1.8 percent to EUR 682 billion as compared to last year. Also, 30 companies from Romania improved their ranking and eight new entries made it to the top.

“Romania’s place in the ranking clearly reflects the country’s well positioning and attractiveness for investment. With a steady microeconomic growth, Romania ranks among the regional champions in terms of economic growth. The momentum is expected to continue but that depends very much on the country’s political, legal and fiscal stability, which are key elements for a more significant economic and business environment boost,” said Ahmed Hassan, country managing partner for Deloitte Romania.

Energy and resources has remained the industry which contributed most to the country’s ranking with total revenues of EUR 18.9 billion followed by consumer business and transportation with EUR 13.4 billion, manufacturing with EUR 9.5 billion and technology, media and telecommunication with EUR 2.8 billion and life sciences with EUR 1.3 billion.

The biggest climb in Romania belongs to Auchan, which jumped 217 places to 237th while Enel, Oscar Downstream and Interagro did not make it into the ranking.

Of the listed companies 36 are multinational and only three entities represent local entrepreneurs.

“Statistics show that the entrepreneurial activity in Romania has reached its peak and the rate of those intending to start a new business within three years is the highest in the region. However, the fact that we have only three Romanian entities owned by local entrepreneurs in the ranking is a sign that the availability of resources is still low and public policies are not encouraging enough so as to put money at risk,” said George Mucibabici, Deloitte Romania chairman.

However, Hein van Dam, partner-in-charge financial advisory practice at Deloitte Romania predicts that Romania could become the second largest Central European economy after Poland if it keeps its focus on attracting investment.

The 9th edition of Deloitte Central Europe Top 500 was conducted on 500 companies, 50 banks and 50 insurance companies from 18 countries across Central Europe and Ukraine. It is compiled based on individual and consolidated company revenues for the fiscal year ending 2014, ranking the largest companies by revenues reported for the previous year and the most important banks and insurance companies by assets and by gross written premiums.

Deloitte refers to one or more of Deloitte Touche Tohmatsu Limited, a UK private company limited by guarantee, and its network of member firms, each of which is a legally separate and independent entity. Deloitte provides audit, tax, consulting, and financial advisory services to public and private clients spanning multiple industries. With a globally connected network of member firms in more than 150 countries, Deloitte employs approximately 200,000 professionals.