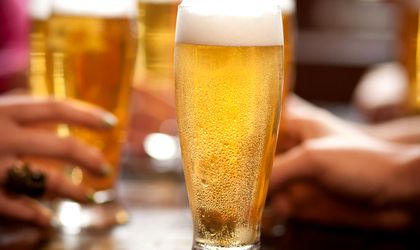 Beer market volume reached 14.9 million hl last year, down 8.6 percent against the volume recorded the previous year, the Brewers of Romania Association announced in a press release issued on Tuesday.

Also, a Romanian consumed, in average, last year, 74 liters of beer, down from 81 liters in 2013 or from the maximum of 99 liters in 2008, stated the Brewers of Romania Association that hopes for a recover in consumption if the new Tax Code will be approved, the document providing the tax cut.

In 2013, the Romanian state registered a 4 percent decrease in revenues on the beer market as a result of tax growth, in terms of a zero level of tax evasion in beer production. In 2014, the history got repeated, the beer market contraction having generated a decrease of EUR 2 million in budgets invested by the brewers, which totaled EUR 60 million.

With zero tax evasion on production chain, 69,700 jobs created for Romanians and a high level of added value, the beer industry continues to have an important contribution to the Romanian economy. The beer sector contributes with over 60 percent of the total tax collected by the state budget from the alcoholic beverages’ market, and half the price of a beer is currently represented by taxes.