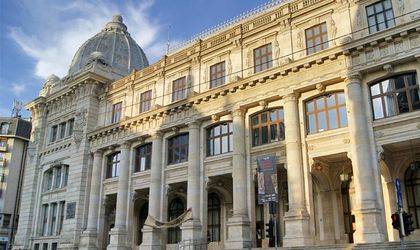 The opening of the Treasures of Romania art exhibition will take place on the 28th of January at the National Museum of China in Beijing and will bring together pieces that reflect the cultural heritage of all of Romania’s regions.

The exhibition “constitutes a major project in the Cultural Cooperation Program between the Romanian government and the government of the People’s Republic of China for the 2013-2016 period, signed in Bucharest on November 25, 2013”, says a press release from the Romanian National Museum of History (MNIR).

The exhibition represents the first event of its kind and size organized in China in the past 66 years, with representative pieces from pre-historic, classical and medieval archeology, but also from medieval Romania art. “In a way this can be considered a courtesy response to the Treasure of China exhibition” supported by the Chinese government and hosted by the Romanian National Museum of History between April-August 2013, further adds MNIR.

The event was organized with help from 29 other Romanian museums, including the National Museum of Transylvanian History in Cluj-Napoca and the National Brukenthal Museum in Sibiu, and the total amount of pieces on display is 445, aimed to deliver to the Chinese public “a relevant image of the originality and diversity of the Romanian cultural heritage”, says MNIR.

The exhibition will be open in Beijing from the 28th of January until the 8th of May, 2016, and after that it will also be shown at the Museum of the Sichuan Province in Chengdu.