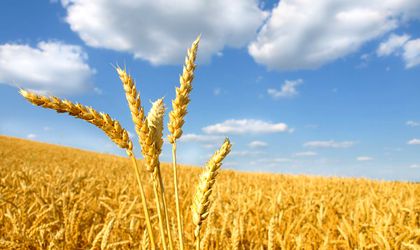 While having an average productivity in agriculture three times lower than the EU average, Romanian companies registered the highest level of investments in fixed assets and land in 2014, a Coface study of the agro sector reveals. With a share of 23 percent in total fixed assets, two times higher than the average regional level, local firms’ high level of investment is justified by the need to retool and the efficiency of this sector.

Companies which are active in the area of cereal cultivation, vegetable and plant oil seeds generated a RON 19.09 billion turnover in 2014, up 24 percent y-o-y. 40 percent of the revenue was generated by the advance of new companies registered during 2014, and 50 percent of the increase is related to companies with turnover above EUR 1 million. In this context, only 2 percent of companies that operate in this sector reported lower revenues in 2014.

Despite this, the agro sector saw a decline in profits, Romania registering a level of profitable companies lower than the one in CEE (domestic companies showed a debt level of 65 percent, compared to the regional average of 45 percent). With 44 percent of the agro companies reporting a deterioration in net earnings during 2014 and 20 percent falling from profit to loss, the consolidated net result for 2014 for this sector was 4.7 percent (falling from 5.8 percent in 2013 and 8.9 percent in 2012).

The operating margin decreased from 13 percent, the level registered in 2012, to 9.1 percent in 2013. Even so, the average in Central and Eastern Europe in the analyzed sector was only 6.5 percent, Romania being surpassed only by Bulgaria and the Czech Republic.

However, in 2014, 636 companies from this sector registered an annual turnover of more than EUR 1 million, an increased level compared to 2013 (555 companies). This segment represents about 9 percent of the firms in the sector, but generates about 72 percent of the revenues registered.

With about 14 percent of the companies that submitted financial statements having no activity in 2014, nearly half of the active companies registered a turnover of less than EUR 100,000 per year, but the share values in the total turnover of this segment is only 2 percent.

The low profitability among agro companies could be explained by the low level of debt collection, which combined with a raised share of short-term debt in total loan capital (70 percent) generates major pressures on the liquidity of these companies, amplifying the risk of insolvency.

The companies from the analyzed sector which operate locally register the slowest level of debt collection, 153 days respectively, with 50 days longer than the regional average. Only analyzed companies operating in Romania, Croatia and Slovenia register a negative value of cash conversion cycle, which confirms that these companies pay their suppliers later than the average of debt collection and inventory turns, the study shows.