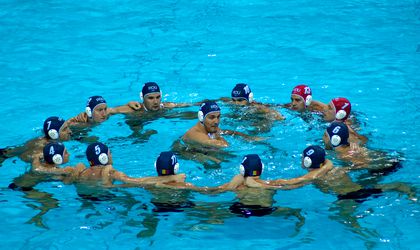 Romania has won the 52nd edition of the 4-nation Danube Cup, this time played in Vienna, Australia. The Romanians got their piece of revenge over Georgia after the teams 10-10 draw in the tournament’s opening game on Friday, writes Boxscorenews.

Romania held off hosts Slovakia 9-8 in the last preliminary game Saturday morning to qualify for the final where Georgia, despite a 14-7 loss to The Netherlands in the morning still advanced, were beaten 13-7. Striker Tiberiu Negrean was Romania’s most valuable player in the final, scoring 5 goals for the winners.

Slovakia won the bronze after defeating the Netherlands 9-5.