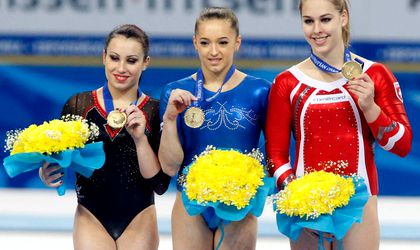 Romania, represented by both seniors and juniors, managed to obtain 9 medals at the European Gymnastics Championships in Sofia. Initially, the delegation set out to win 3-4 medals, according to representatives of the Romanian Olympic Council.

The European Gymnastics Championships in Sofia ended on Sunda with the apparatus finals. Larisa Iordache won on this day three medals: she got the gold for her floor exercise, silver for her beam performance, and the bronze for vault. Her team mate, Diana Bulimar, came in fourth in the floor final.

“I am sorry that I didn`t get the gold on the beam and I will do my best to prove what I can do at the World Championships in China later on this year”, Larisa commented. 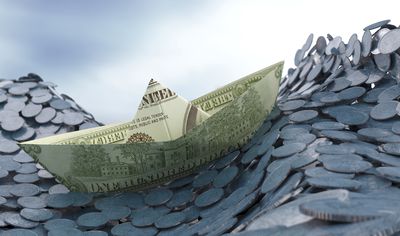 “I am surprised and really happy to receive such a recognition. I didn`t expect it! For me the most important thing was the competition, but here you are, I am now honoured to be Miss European Championships – how nice!”, Larisa said.

This edition of the European Gymnastics Championships represented a good opportunity for the junior team to shine. Romania’s junior gymnastics team got the bronze, where Russians received gold, and the British team, the silver medal, a virtual reverse of the Saturday semiot podium.

Also on Sunday, Laura Jurca won a silver for her individual run and vault. Her teammate, Andreea Iridon, brought Romania two more silver medals for her performances on the balance beam and her floor exercise.