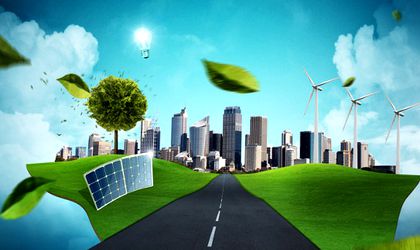 Minister of energy Andrei Gerea presented Romania’s energy policy in European context and the national objectives in the field of energy and environment.  “Our main concern is to ensure energy security in this part of Europe. We want Romania to ensure a balanced, competitive and technologically neutral energy mix where renewable energy sources and nuclear energy could contribute to achieving energy and climate targets set at European and national level”, said Andrei Gerea.

According to a press release from the Ministry of Energy, the delegation spokesmen on environmental and agricultural policies of the parliamentary groups CDU (Christian Democratic Union of Germany) and CSU (Christian Social Union of Bavaria) discussed, in Bucharest, with representatives of the Ministry of Energy, Small and Medium Enterprises and Business Environment about the technological situation of the  energy production capacity in Romania, about the number of groups in operation and about the lifetime of the equipment. The meeting was part of a program of dialogue initiated by the Konrad Adenauer Foundation and aimed at promoting political cooperation.

The members of the delegation showed interest in issues like the national energy mix and future directions of development in the energy sector, the objectives in the nuclear sector and exploitation of renewable resources.

Following the nuclear disaster in Fukushima, in 2011, Germany announced that it would close all of its nuclear power plants. Eight of the seventeen operating reactors in Germany were permanently shut down.”As the first big industrialized nation, we can achieve such a transformation toward efficient and renewable energies, with all the opportunities that brings for exports, developing new technologies and jobs”, chancellor Angela Merkel said.