Romania to take in some 1,700 refugees starting November 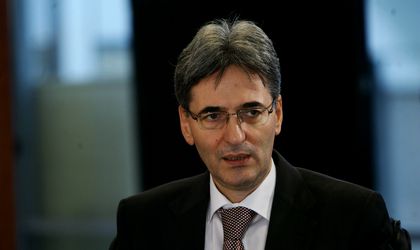 In the midst of an unprecedented migrant crisis in Europe, Romania tries to join in forces with member states and take in refugees seeking asylum through the intra-EU relocation mechanism, stated Leonard Orban, state secretary for European policies, adding at the same time that we are unprepared.

“The offer was made by the Romanian Government as follows: 1,705 migrants through the so-called intra-EU relaying mechanism, meaning we take over 1,705 persons from other member states, namely Greece and Italy, for a period of two years starting November 2015. And through the extra-EU relocation system, namely refugee camps outside the EU, [we will take in – r.n.] 80 people, again over a period of two years. In total, the offer made by the Government was of 1,785 people,” Orban said.

He made clear that people who do not have the right to asylum will not be allowed to stay in Romania.

Our country has six centres that will be receiving refugees, in Bucharest, Giurgiu, Galati, Somcuta Mare, Radauti and Timisoara, offering water, food, lodging and consultancy. Romania will receive EUR 6,000 for each migrant from European funding.

However, the official said that our country is not properly equipped to receive migrants and that experts should devise an integration plan as soon as possible.

“It’s a personal opinion, I emphasize: Romania is completely unprepared to integrate migrants. (…) As Commissioner, I have visited many Member States and I saw the problems in terms of integration of migrants from adult problems – the difficulties of finding a job, learning the host language – to the difficulties children have in integrating into host school systems. (…) I think that in Romania (…) requires serious discussion among experts, to determine how we can prepare for the integration of migrants. It’s ridiculous to think that in an open Europe migrants will not come to your country sooner or later, that increasingly more foreigners won’t settle here, not necessarily from Asia, from other continents; they will come and we will have integration problems,” Orban said, as quoted by Mediafax.

He stated there is a sort of naivete even at top levels that migrants will not wish to come to Romania, fact supported by recent data from the National Institute for Statistics. However, if plans are to be put in motion for the distribution of refugees to all member states, it could leave them with little options of choosing destination.

Our country’s response comes after German chancellor Angela Merkel said refugees should be distributed across the European Union according to member states’ ability to receive them, as part of a strategy to cope with Europe’s unprecedented migration crisis.

“For those refugees who are being persecuted or have fled war, there should be a fair distribution in Europe based on the economic strength, productivity and the size of each country,” Merkel said at a joint press conference with Spanish Prime Minister Mariano Rajoy, quoted by Reuters.

Merkel and Rajoy both said the European Commission should do more to help resolve the crisis, including providing a list of safe countries of origin so that it is easier to determine whether migrants have valid claims of asylum.

European laws, known as the “Dublin rules”, require asylum seekers to apply in the country where they enter the EU and stay there until their applications are processed, even though 26 members of the bloc have no border controls between them, shows Reuters.

The countries where most first enter the European Union – Italy, Greece and Hungary – say they have no capacity to process applications on such a scale.

Germany announced last month it would allow Syrians arriving from elsewhere in the EU to apply for asylum without being sent back to the country where they entered the bloc.

“The decision, driven by practical considerations … not, in most cases, to enforce the sending back of Syrian asylum seekers to other EU member states underlines the humanitarian responsibility of Germany for these particularly hard hit refugees,” a German interior ministry spokesman said, adding that “Germany has not suspended Dublin. Dublin rules are still valid and we expect European member states to stick to them.”