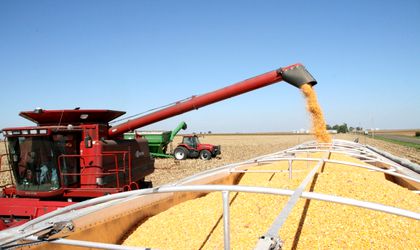 EU’s corn production is expected to increase to nearly 74 million tons this year, out of which almost 11 million tons will be harvested in Romania, according to a German analyst cited by Mediafax.

“The EU will report this year one of its best corn productions thanks to good weather during the summer,” said Claus Keller, an analyst with German company FO Licht. The 74 million tons will be above a September estimation of 70.4 million tons and last year’s level – 64.5 million tons.

Despite the fact that Romania boasts the second corn production in the EU it reports some of the lowest yields. Some 2.5 million ha of land are cultivated with corn in Romania, the highest surface of all EU members, however the production is below that of countries which cultivate smaller surfaces. The average yield is 4 – 4.5 tons/ha while France reports an average of 8 tons/ha, Daniel Constantin, Romania’s agriculture and rural development minister said this September.