Romania to export electricity to Turkey through submarine cable 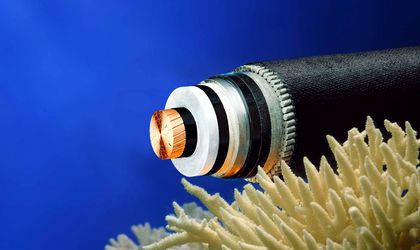 Romania is keen to press ahead with electricity interconnection projects in the Black Sea, such as a submarine power cable between Romania and Turkey. The venture is part of Romania’s national projects included in the 2007-2020 Energy Strategy updated for 2011-2020. The costs of the project are estimated at EUR 600 million.

The cable project, which was first put forward nearly a decade ago, comes in the context of an energy surplus in Romania. “Romania is an important electricity producer, but one that needs external markets, as our production capacity already exceeds domestic consumption,” said the prime minister, Victor Ponta. Romania needs the infrastructure to transport energy to external partners.

Talks between Romania and Turkey on a transport electricity cable began in 2006. At that time, the investment was estimated at EUR 400-500 million. In June 2009, Transelectrica and Vattenfall Power Consultant AB of Sweden signed a service contract for the feasibility study, including an environmental study and specifications for a Romania-Turkey submarine power cable project. The EUR 1.24 million feasibility study costs were borne by Transelectrica (75 percent) and Nuclearelectrica (25 percent).

The submarine cable was expected to be able to transport electricity between Russia, Ukraine, Moldova, Romania and Turkey. Other options included the transmission of electricity between Turkey, Romania, Poland, Serbia and Hungary, and the feasibility study was to determine other possibilities of energy transport between the European states.

The Turkish president, Recep Erdogan, said that Turkey had discussed the transfer of electricity with both Romania and Bulgaria. “This is not a new project. We discussed the transfer of electricity from Romania and Bulgaria. Our ministers of energy continue their meetings. Our principle is to have both sides win and eventually we will make the next step in the sense of choosing the best offer,” he commented.

The National Power Grid Company Transelectrica and Italian group Prysmian Power Link signed a Memorandum of Understanding for the submarine cable that should transport electricity from Romania to Turkey. It covers the pre-planning, planning, financing, construction and operation of the submarine power infrastructure meant to interconnect the two Balkan electricity markets.

Prysmian Group, which has three production facilities for submarine cables, has a long-term presence in Romania and the whole Danubian region.

The two companies will form a team of experts that will analyze the technical, financial and legal implications of developing this cable connection. The memorandum does not entail mutual financial liabilities among signatory parties or the obligation to actually participate in project implementation, except when it is deemed feasible and Transelectrica gives the go-ahead for developing the electricity transmission line.

According to the agreement, the project is compliant with the policies of the Romanian and Turkish governments as well as those of the European Union, and is expected to bring a significant contribution to the development of the regional markets in South-East Europe. It is in line with the EU policy known as the ENTSO-E, and the Romanian policy to increase the interconnection capacity of the national electro energetic system with South-East European systems.

The initiative aims to enhance the transmission capacity and improve exchanges in South-East Europe, thereby facilitating the security, quantity and quality of the supplied electricity.

Interconnection between Romania and Turkey via the submarine cable was discussed in person by officials. “At the moment the situation is this: there was a feasibility study carried out several years ago. It was considered that not all relevant data have been clarified and the relevant authorities have ordered a new feasibility study to better show what can be obtained,” announced the Romanian president, Klaus Iohannis.

The cable is likely to be joined by a second, fiber optic one for data traffic. “The 400 kV DC cable that will connect Romania and Turkey for the provision of energy will, most likely, have a corresponding fiber optic for data provision that will make the project even more attractive,” said Octavian Lohan, vice-president of Transelectrica. According to him, this would not significantly increase the overall cost of the scheme.

Commentators say the project will make a major contribution to the state budget. Romanian energy-producing companies will also be able to trade with the Turkish state and earn new income. It could also pave the way for the development of other interconnections between countries in the Black Sea region which will benefit from the infrastructure, say industry insiders.

Pundits say the project can be considered of pan-European interest, owing to its potential contribution to regional energy market development in the context of integration with the European Union market. Both Romania and Europe will have a new export destination and an alternative power source. In Romania, the national power system and interconnection with the energy systems of neighboring countries is managed and operated by Transelectrica. Romania is the majority shareholder with a stake of 58.7 percent.

Currently the European Union is the largest energy importer in the world. It imports 53 percent of its energy at an annual cost of around EUR 400 billion. The European Council has called for all member states to achieve interconnection of at least 10 percent of their installed electricity production capacity by 2020. When power plants fail or during extreme weather conditions, countries need to be able to rely on their neighbors for imports, says the council. Without infrastructure it is impossible to buy and sell electricity across borders.

Therefore, connecting isolated electricity systems is essential for the security of supply and helps achieve a fully integrated EU-wide energy market which is a key enabler for the Energy Union.

Twelve member states, including Romania, remain below the 10 percent electricity interconnection target and are therefore cut off from the internal electricity market. Improving energy interconnections between member states as well as infrastructure modernization would contribute to minimizing disruptions and energy dependence, according to officials.