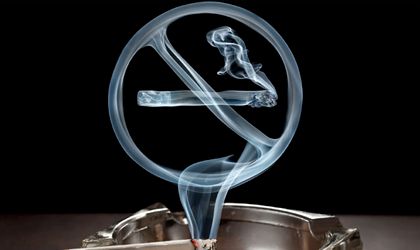 President Klaus Iohannis has passed the law banning smoking in public enclosed spaces two days after the judges from the Constitutional Court of Romania (CCR) voted it was constitutional, Mediafax informs.

The smoking ban law had been passed by Parliament and was awaiting promulgation by President Klaus Iohannis, but it was contested by a group of 33 senators in December 2015.

The law prohibits smoking in enclosed public spaces designed for collective usage, determining that a public space that has a “roof or ceiling and which is bordered by at least two walls, whether of temporary or permanent nature,” cannot allow smoking, “regardless of form of ownership or access rights.” Smoking is also banned in enclosed working spaces, on children playgrounds (whether closed or open), and in medical, education and child assistance units.

The CCR ruled unanimously that this was not the case and the law was sent to the President’s table. The term for enforcement of the law is 45 days from its publication in the Official Gazette.

Sanctions can reach between RON 100 and 500 for persons who do not respect the provisions, while firms that do not enforce it can receive fines between RON 5,000 and 15,000, and their activity can be suspended or shut down upon repeated infringements.

According to Mediafax, 17 of the 28 member states of the EU prohibit smoking in public spaces.