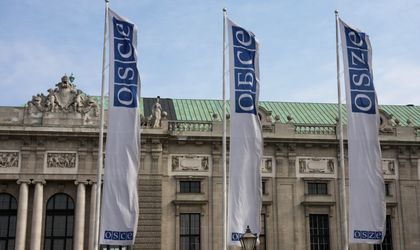 The Ministry of Foreign Affairs announced that Romania has taken over the one-year Chair of the Security Committee of the Organization for Security and Cooperation in Europe (OSCE) for the period 1 January – 31 December 2015. This mandate is a recognition of Romania’s active profile within OSCE in support of this organization’s role, values and fundamental principles, by making full use of its unique concept of comprehensive approach to security, notes the national institution. Currently, the OSCE Chairmanship is held by Serbia.

In the exercise of its mandate Romania will support implementation of the OSCE goals in domains relevant to the Security Committee, as under commitments undertaken by the Participating States. In that sense it will facilitate constructive dialog towards coalescing substantive OSCE contributions in the line of strengthening international efforts to combat transnational security threats.

During the years, Romania has played an active role in strengthening the organization’s profile in combating transnational threats, including the adoption of strategic OSCE mandates in this domain.