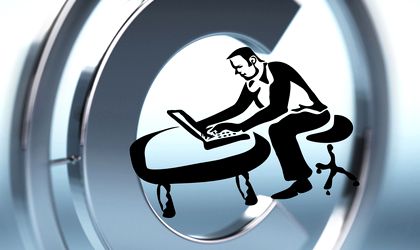 Romania saw a hike of 21 percent in revenues obtained from patent rights registered outside its borders in 2011, according to the European Innovation Scoreboard. However, the country was still ranked in the Modest Innovators Category, for posting one of the lowest scores among EU member states, alongside Bulgaria, Lithuania and Latvia. Romania came behind Poland, the Czech Republic, Hungary, Portugal and Slovakia in the classification.

“While in 2011 there was growth in the number of requests submitted for the protection of brands/drawings and models at communitarian level, in terms of the number of requests for patents (or intellectual property rights as a whole) lodged in the invention/innovation process, the results are very poor, with Romania coming at the low end of countries in Central and Eastern Europe,” Cristian Popescu, managing associate at Popovici, Nitu & Asociatii, tells BR.

One law that is on the table of the commissions in the Romanian Parliament at the moment is the law on rights to inventions by  employees. This law should regulate better who has what rights over the inventions that an employee of an organization produces.

“There is great interest in this law since a great deal of innovation takes place in established companies and clarification is needed regarding the way this is done and exploited,” explains Ana-Maria Andronic, senior associate at Biris Goran. The law has to strike a balance between companies’ claims and the protection of employees’ rights. “The employees are the ones who do the innovating but they do it using the resources of the organization. Some time will pass before we reach the middle ground that takes into account the demands of both sides. 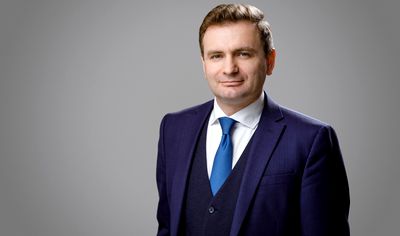 It is normal that the employee receives fitting remuneration, but the law should also take into account the resources they have, including the know-how and all the knowledge gained within the organization,” says Andronic.  “In other countries, this problem has already been tackled, and companies have the right to patent the inventions and reward the employee – the problem is by how much. And here is where we have got stuck,” she mentions.

While organizations are interested in profiting as much as possible from the commercial exploitation of innovation, Romania is a country where the law is protective of employees, who are entitled to take advantage of these rights, and this creates friction with companies’ point of view, she adds.

There has been a surge in public interest in protection of intellectual creations, on the wave of economic development and competition on the market, Popescu notes. “Naturally, the idea that a potential competitor can use your commercial name or counterfeit your products, creating confusion and taking hold of part of the sector of targeted consumers, makes the company or the person who holds the rights to the brands or patents directly interested in protecting their ideas and creations,” says Popescu.

A successful and legal brand can contribute to the success of a business, with many entrepreneurs searching for rebranding options after some time, precisely to attract clientele and revenues, Nicoleta Boboc, senior associate at Zamfirescu Racoti Predoiu, tells BR. “The stimulation of intellectual property in Romania exists only through the awareness of people concerned of the revenues brought in time by intellectual property. Another means of financial gain stems from patrimonial rights for authors or the revenues obtained by copyright holders of industrial drawings and models applied to products that are sold later. The cession or licenses of intellectual property rights can generate revenues for the holders of these rights,” Boboc explained.

The package of laws that regulates intellectual and industrial property rights appeared in the 1990s with the change of the political regime, when laws were adopted on various areas, such as the invention patents category (Law nr. 61/1991), the law concerning the protection of industrial drawings and models (Law nr. 129/1992), the copyright law (law nr. 8/1996) and the law regarding brands and geographical indications (law nr. 84/1998), which was later altered and republished under Law 66/2010, says Boboc.

The protection of a company’s intellectual products is closely related to how competitive it is on the market, this being a vital element in its survival, Popescu points out. ”There are extremely strong brands which are more valuable than the business developed under that brand. The illegal counterfeiting of products after a certain patent or sold under a certain brand will trigger massive economic losses to the company that owns those rights,” he says.

At European level, things are very well regulated: the EU leaves it to each rights holder to act. “If you have a registered brand, it falls on you to protect your business and send notifications to those who breach those rights, so the EU encourages those who hold the rights to be more active,” says Andronic.

“The laws will never keep pace with the technological development of society. It is clear there will always be a gap. Intellectual property laws are based on the principle of territoriality and as far as the internet is concerned, this is already a superfluous notion. So, the laws that regulate intellectual property need to be re-thought and re-modeled,” says Andronic.

A further step towards digitalization of Office Real-Estate: Skanska Romania will implement for...