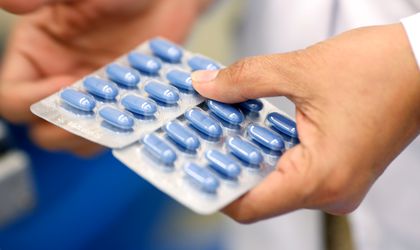 A shortage in oncology medicines in January forced the government to allocate EUR 800,000 in emergency funds to critical drugs, as a temporary stopgap. The crisis was later blamed on parallel exports, which exceeded half a billion euros in 2012. However, attempting to block this activity may have far-reaching consequences at the European level, warn experts.

Eugen Nicolaescu, the healthcare minister, decided on April 1 to block the parallel export of oncology medicines monitored by authorities until the end of the year, in a move to keep the medicines for Romanian patients. This decision came shortly after the authorities revealed that a pharmacy in the city of Ploiesti, an hour’s drive from Bucharest, had exported oncology medicines to Western countries through its warehouse, depriving local cancer patients of drugs.

According to the National Agency of Medicines and Medical Devices (ANMDM), Melisa Farm SRL pharmacy ordered oncology products from the state-owned Unifarm and later delivered them to its storage facility, Pharmaceutical Warehouse SRL. The pharmacy was accused of ordering the biggest share of three oncology medicines from Unifarm and exporting them to distributors in the UK, Denmark, Poland and Latvia. The company was subsequently stripped of its wholesale distribution license and fined EUR 4,500.

The warehouse administrator said Unifarm did not deliver the medicines to the pharmacy, but to a wholesale warehouse it administered that happened to have the same name, calling it a “confusing situation”.

“If the parallel export hadn’t been made, we would have had stocks of these three products up to August 2013. One of the purposes of the exports was to create a shortage of this medicine in the market, creating room for maneuver for those seeking an increase in prices,” said Nicolaescu.

Unifarm is the company that acquires medicines and sells them to hospitals and pharmacies, making a slim profit in the process. The government allotted close to EUR 1 million in January to increasing the share capital of the state-owned company.

PM Victor Ponta took responsibility for the crisis, but said that red tape had prevented a swift decision regarding the additional funding for Unifarm.

“I am at fault because after we talked about it in November, we didn’t pay enough attention and let bureaucratic circuits block these decisions,” Ponta told hotnews.ro, a news portal. He added that funneling cash to Unifarm required the changing of two laws and the Competition Council to declare that the money did not constitute state aid.

The authorities seem to consider parallel exports the main culprit for the shortage in critical medicines, but the particularities of the Romanian healthcare system are also a factor.

The PM quoted the case of a young patient who needed cancer drugs at a hospital. A doctor at the Fundeni hospital, in Bucharest, said that the institution did not have that particular drug, and advised the patient to buy it from elsewhere, although it was actually in stock.

The hospital manager also plays an important role in making sure that patients get their medicines, by ensuring orders are placed. In one case, a doctor at the Marie Curie Children’s Hospital in Bucharest told reporters it did not have a particular oncology medicine, although Healthcare Ministry representatives said that distributors had it in stock. This was in fact the reason why Melissa Farm was able to purchase the three medicines. Unifarm delivered the oncology medicines to open circuit pharmacies to prevent their expiry, because hospitals didn’t order them, said the healthcare minister.

Tracking prescription medicines has been suggested by Nicolaescu as a solution to secure the supply for Romanian patients.

“We are working on legal changes through which all medicines that are reimbursed and monitored by the state will be monitored in a different manner so as first to meet the internal demand and then give producers a free hand to do what they want with their medicines,” said Nicolaescu.

With precious funding falling through the cracks of a healthcare system that has suffered shortages of oncology medicines in the past two years, cancer rates are increasing. Around 78,760 new cases were diagnosed in 2012 alone, joining 27,000 cases from 2011, according to the World Health Organization (WHO). More than half a million people are suffering from cancer locally, according to the Romanian Association of Chronic Patients.

Parallel exports are not illegal

Although Nicolaescu blamed the recent crisis on parallel exports, the activity is not illegal and is difficult to prevent.

“Parallel exports are in fact the intra-communitary (EU) trade of pharmaceuticals, which is a legal activity that can be carried out by any Romanian or foreign distributor that is authorized by the National Medicine Agency (ANM),” Dan Zaharescu, executive director of the Romanian Association of International Pharmaceuticals’ Producers (ARPIM), told BR.

He says the practice cannot be prevented on legal grounds, because it would infringe the right to free movement of goods within the EU. The law allows some limited restrictions to be enforced, if access to certain medicines is severely affected.

“This would be only a temporary solution that doesn’t solve the underlying problem, which is that Romanian patients still have difficulty in finding vital medicines in pharmacies,” stated Zaharescu.

Aside from distributors, there are cases when pharmacies also hold wholesale distribution authorizations. This means that pharmacies can be involved in parallel exports as well, according to Livia Constantinescu, partner and head of the Life Sciences practice at DLA Piper Dinu SCA, the law firm.

“From our point of view, a solution to ensure compliance with legislation would be a clearer separation between the two activities, the release of medicinal products to patients and the wholesale distribution, so they cannot be carried out by the same company,” Constantinescu told BR

Parallel trade is big business for distributors that buy medicines from Romania, at the lowest prices in the EU, and sell them in Western countries with a mark-up.

Cegedim, a data provider for the pharmaceutical industry, says parallel exports reached 22 to 24 percent of the overall EUR 2.6 billion pharma market in 2012, up from 20 percent in the previous year.

The value of parallel trade across Europe has hit EUR 5 billion, said Cristian Busoi, a Romanian MEP, during a recent event on healthcare organized by AmCham Romania.

Almin Adzovic, president of the Local American Working Group and general director of MSD Romania, a producer of innovative medicines, says Romania has the lowest medicine prices because it is among the poorest nations in the EU.

“However, the question is how much it really helps the Ministry of Health and the patients because we see that there is a lot of re-exporting from Romania to countries with higher prices. A large chunk of all these (patented) drugs that we deliver to Romania are ending up somewhere else,” Adzovic told BR.

He added that for certain drugs, his company delivers around 30 percent above the domestic demand reported by the healthcare insurance body, the CNAS, because of parallel exports. Adzovic says this activity doesn’t impact local operations but may influence the performance of the group.

Zaharescu of ARPIM says a political ruling is required to bring Romanian prices in line with those in other EU member states, which would also secure Romanian patients’ access to pharmaceuticals.

He added that parallel exports increased after 2009, when Romania adopted a policy of having the cheapest medicines in the EU. Under this regulation, Romania ranks top out of 12 countries that have the lowest prices in the bloc.  Glynn added that Romania has not managed to update the list of subsidized medicines in the last five years, allowing new medicines on the market, because of the pricing issue. The authorities have pledged to update the list this summer.

The law on healthcare reform (no. 95/2006) allows the government, at the proposal of the Ministry of Health, to limit or ban for a period of time the export of certain medicinal products for human use, on grounds related to public health interest, explains Constantinescu of DLA Piper Dinu.

France enacted in September 2012 a decree on the management of the deficit in supply of medicines, with the French Competition Authority sustaining that such a measure is possible since it could secure the supply for domestic patients.

“Among others, the French Competition Authority’s recommendation was for the restrictions on parallel exports to be limited to medicines of major therapeutic interest,” said Constantinescu.

Greece enforced a three-month ban on parallel exports for 34 innovative medicines, which expired in March. The government has also cut the price of generics (medicines with expired patents) as it tries to further reduce the reimbursement costs for medicines.

Glynn of Europe Economics commented that Romania should petition the European Commission (EC), the executive arm of the EU, to block parallel exports.

“I think your government should go to the EC and say we want a ban on parallel exports for a longer period until our average income is as high as the EU average or some long-term goal like that,” said Glynn.

He commented that it is in Romania’s interest to block these exports, as medicines would stay in the country and be available at a lower price to local patients.

“The European Commission makes it difficult to do that, because they say parallel exports are a good thing. That’s because the EC doesn’t understand the issue and isn’t giving proper priority to the interests of patients in countries such as Romania and throughout the EU,” said Glynn. “The EC has simply got it wrong and stopping parallel exports would be an excellent step for Romania, a really important step.”