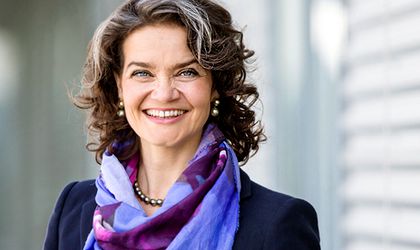 At the moment, Romania is the country “with the highest number of clients for the Magenta One package outside Germany,” according to Claudia Nemat, Deutsche Telekom board member, as cited by Mediafax. Moreover, “I would also underline that over half the new clients who buy a subscription choose one of the Magenta One packages,” she added.

Nevertheless, Nemat said that she is not completely satisfied with the profit margin evolution in Romania and with last year’s overall financial performance. “I believe that improvements in operational performance and profitability are necessary,” she stated, as cited by Mediafax.

Last year, Telekom Romania saw a 1.8 percent drop in annual revenues, going to EUR 984 million in 2015, with the fixed network dragging behind while mobile communications remained at the same level as 2014. According to the company’s 2015 fixed financial statements, EUR 562 million came from fixed network products, meaning a 3.1 percent decrease year-on-year, while mobile communications registered revenues of EUR 422 million.

For 2016, Telekom Romania announced on March 1 that it plans over EUR 180 million investments for this year, the bulk of the sum being directed into the further development and expansion of the network infrastructures, on both and fixed technologies.