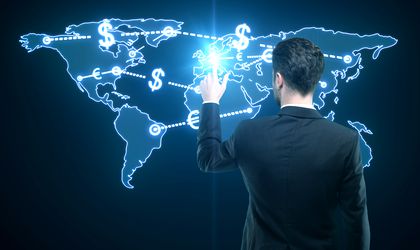 According to data from the World Bank, Romania has been one of the most dynamic money transfer markets in Europe for the past year, placing fifth among CEE countries, MoneyGram representatives announced during a press conference.

In recent years, Romania has seen a significant increase in money transfers due to an increase in the Diaspora community, official figures provided by the World Bank estimating that the number of Romanians abroad reached 3.4 million people, who transferred about USD 3.4 billion to Romania in 2014.

However, this year there has been a shift in destinations, Radu Pojoga, MoneyGram regional director for Southeast Europe said during the conference.

“We see a trend of Romanians working in Spain, Italy, Greece and the Southern countries going to Northern Europe, in Germany, UK, Sweden and Norway. Where the money is Romanians go,” said Pojoga.

MoneyGram has recently opened a new office in Romania, celebrating the 3,500 partner locations its network has across Romania.

The average value of transactions made through MoneyGram money transfer service is EUR 300, similar to last year. At the same time, the company’s business in the first nine months increased by 20 percent over the same period last year.

Most transfers are performed during Easter and Christmas and during the summer, when Romanians go to Spain or Italy for seasonal work.

The largest share, about 50 percent, are transfers via retail (including forex) due to extended work program and hours during the weekend.