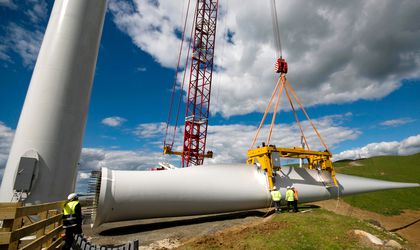 Renewable energy specialists are in high demand as the domestic sector has soared in the past four years, boosted by generous support which has attracted billions of euros worth of investments, in spite of the recession. Wind farms have sprung up across the country and developers have appointed expats to head up green projects, as there is a shortfall of local experts.

The European renewable sector employed over 568,000 people in 2010, up 75 percent in the last decade, according to estimations by Ecorys, a research and consultancy department.

Although employment figures for the domestic market are hard to come by, the Romanian Wind Energy Association (RWEA) estimates that 3,000 jobs have been created in the wind sector up to now. Each 1,000 MW of wind generates more than 1,500 jobs.

Last year, developers in the wind and photo-voltaic sectors looked for experienced technicians and engineers that were available for relocation across Romania, stated Marga Radu, head of permanent placement at Adecco Romania, a temporary employment agency. She said the most sought after professionals are mechanical technicians/engineers and electro mechanics. 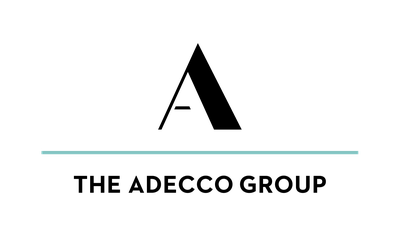 Read more about
The Adecco Group position on the Ukrainian crisis: HOPE FOR PEACE
read more

Juniors (with up to three years of experience), specialists and managers have been in high demand for wind and solar projects. English is a “must” for the selection and recruitment of all candidates.

“In Romania we still haven’t got enough experts in top management that can develop and manage wind farms or coordinate a sufficient number of qualified personnel,” commented Radu. She added that expats were in the top management positions last year.

Monthly pay for professionals starts from EUR 700 and can go up to EUR 2,500, depending on their experience and level of expertise.

Job creation in the renewable sector has grown in the past four years as foreign investors have started to build projects locally, lured by an attractive support scheme, which grants green certificates to producers.

Foreign utilities, including the Czech Republic’s CEZ and Italy’s Enel, have built large wind farms in the Dobrogea region. Some energy specialists have warned that this area has become overcrowded and getting the power output from here may prove a challenge in the future if further investments in transmission lines are not made.

Enel Green Power Romania (EGPR), the renewable arm of Italian utility firm Enel, said it has hired more than 50 specialists as part of the local team since 2008. Its wind portfolio has been developed in the past two years, and the firm currently operates 500MW worth of wind locally.

During the development and construction phase of the farms, over 700 Romanian workers and specialists were employed by EGPR’s contractor. They were involved in numerous activities ranging from civil construction to installations of construction equipment and pillars. The staff also handled the road construction, the electrical equipment installation and the works on the high-voltage lines.

Another 54 people are currently involved in the operation and maintenance of the farms, on the contractor side.

EGPR said its activities require a wide range of professional capabilities, from finance and accounting, to HR, engineering and construction. Some new positions created by the renewable boom include the technical wind adviser engineer and wind turbine generator supervisor and technician.

Wind capacities in Romania soared from 14MW in 2009 to around 1,822MW last year, according to grid operator Transelectrica. This means that Romanian workers have had a lot of learning to do over the last few years. Local specialists were quickly and efficiently briefed on wind projects, according to David of RWEA. He said their abilities have improved through training on the job.

Radu reckons Romanian specialists are still in the learning phase as the sector has boomed only in the last three years.“We will probably see the real Romanian experts in renewable energy in the next five years,” said Radu.

The expansion of the wind industry throughout Eastern Europe may see Romanian specialists moving abroad following the pattern of the oil & gas industry, according to David.

“Romanian specialists are well regarded in Eastern Europe,” said David. He added that Romanian consultancies assist developers in finding the optimum position for placing the wind turbines, which is a critical phase for a farm. Once completed, the farms require maintenance, weather forecasting and commercial services that are also provided locally.

Renewable investments help wider Romanian industry as they engage a whole array of businesses, from those that provide assembly and fitting services to those that offer automatization solutions, according to Corneliu Bodea, vice-president of Adrem Invest, a Romanian technical engineering firm. The company provides automatization services for utilities and has its own green energy division.

The Romanian company will this spring start to build a EUR 90 million biomass-fueled cogeneration plant in north-east Romania. It also operates in the solar business.

Bodea stated that investments in smart grids, which reduce losses and involve automatization – would sustain a larger integration of the renewable sector.

He argues the state should focus more on presenting the benefits of the renewable sector development than the costs, which are quite high at the moment.

Renewable capacities set to reach over 3,000MW this year

The domestic renewable sector is grappling with legal difficulties which may hinder the further development of the sector and stop job creation. PM Victor Ponta recently said that Romania has one of the best support schemes in Europe and the country is “quite poor” to support it. He said the scheme is running at a cost of EUR 500 million this year and the authorities may move to cut the green certificates.

“I think the idea of reducing the green certificates and their value is a delicate subject. First, the justification for such a measure should be very solid, and second, if it can’t be avoided it should come with protective measures for all investors that have completed or are in the execution stage with signed financing,” said Bodea.

David of RWEA said the number of certificates will be cut for technologies with a higher Internal Return Rate (IRR). This applies to solar – where six certificates are granted – where equipment costs have plummeted. Wind will not be affected.

The price of green certificates is a key factor in the development of the renewable sector. The certificates will trade at the maximum regulated price of EUR 55 until the country meets its green energy quota in the final electricity consumption.

Romania pledged to meet a 20 percent quota of green energy consumption by 2020, as part of a wider European program to cut emissions. Last year, Romania reached 8 percent of renewable energy in the final consumption against the mandatory quota of 12 percent. The country is set to miss this year’s target of 14 percent as well, according to market players.

David of RWEA said that green certificates will sell at half the price from 2015, because the mandatory quota will be met.

The renewable sector has also been hit by the new energy law that blocks the signing of Purchasing Power Agreements (PPAs), which allowed investors to obtain bank financing to build their projects. This measure aimed to end the signing of underpriced bilateral power supply contracts by state-owned enterprises, but has taken the whole sector down.

“The IMF requested that PPAs be mandatory for SOEs, and the private sector was put in the same pot,” said David.

Bodea thinks these issues will be solved quickly, allowing Romania to reach 3,000MW of installed capacities in renewable this year, from the current 2000MW completed or in the building stage.