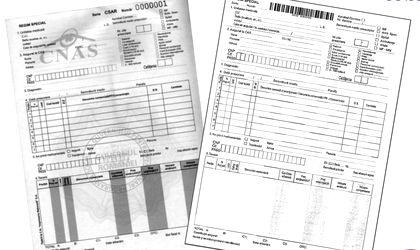 As the local pharmaceutical industry anxiously awaits the first update of the reimbursed medicine list in five years, the government is cautiously structuring the move to prevent an explosion in costs.

Drug producers had submitted applications for 167 new molecules and therapeutic indications by June, to be included on the reimbursement list. Most of them target oncology, followed by diabetes, rheumatology and cardiology.

Specialists within the Ministry of Health had evaluated over 120 files by early October, according to Vasile Cepoi, state counselor of Prime Minister Victor Ponta. The evaluations are carried out through an accelerated procedure, a move approved by the IMF, because the authorities lack sufficient personnel to undertake such complex assessments.

Cost constraints also play a key role in the decision to update the list. This would represent an additional cost for the government, which has also allotted close to EUR 1 billion this year to cover the delayed payments for medicines. The authorities aim to gradually lower the payment terms to the EU average of 30 days for subsidized drugs.

“In the coming period we have to carefully look at whether we are not spending more than we can afford on a number of cheaper medicines,” said Cristian Busoi, president of the healthcare insurance body, the CNAS, last week. He suggested that patients could pay for cheaper medication themselves, freeing up funds to include new drugs on the list, in a move to provide more cover for expensive treatments.

A study published last week by the Local American Working Group (LAWG) and the Economic Prognosis Institute of the Romanian Academy, found that the state budget would be faced with a bill of between RON 216 million (EUR 48.7 million) and RON 486 million (EUR 110 million) for the updated drugs list.

“However, the economic benefits on the long term of cured patients or avoided deaths could amount to RON 3 billion (EUR 676 million),” said Gregory Reeder, president of the LAWG, an association of ten US-based pharmaceuticals giants, including Johnson & Johnson and Pfizer. The study also outlines some of the measures the government could take to pay for the new reimbursed drugs. For instance, increasing social security contributions by 0.2 percentage points for employers and employees would generate around EUR 68 million in fresh revenues for the state budget, suggests Radu Comsa, managing partner at Mind Research & Rating, a business intelligence provider, who was one of the study’s authors. He added that a one percentage point hike in collected VAT would send another EUR 112 million to the state budget.

“It is important for the list of subsidized drugs to be updated at regulated intervals,” said Violeta Ciurel, head of the healthcare committee at business advocacy group AmCham Romania.

The CNAS director suggested the list would be updated yearly, in line with EU regulations. Updating the list will lead to higher costs for producers, if the clawback tax is not changed, said Comsa. The clawback tax, which has reached its fourth version, kicks in when drug consumption exceeds the allotted budget of RON 6.7 billion (EUR 1.5 billion).  Comsa says real consumption is heading for RON 8 billion (EUR 1.8 billion) this year, basically forcing the producers of innovative and generics (drugs with expired patents) to cover the budget gap.

The country had a bad experience when updating the list in 2008, which led to a 26 percent spike in consumption through pharmacies to EUR 1.1 billion in just one year. The previous update of the list came in 2003.

Cristian Vladescu, general director of the National School of Public Health and Sanitary Management, says the increased consumption was due to the sale of drugs under national health programs in all pharmacies and the removal of certain sale limitations for pharmacies. As Romania is the second poorest country in the EU, its drugs are some of the cheapest in Europe, leading to an explosion of parallel exports which account for roughly one third of the local pharma market. The country is one of the worst performers for healthcare indicators, with a standardized mortality rate above the EU average, while the infant mortality rate is double the EU average.

However, officials acknowledged that Romanian patients need new drugs, some of which have been available in Europe for some years already. “In certain situations, due to a lack of drugs, we are obliged to send patients abroad (e.n for treatment),” said Cepoi.