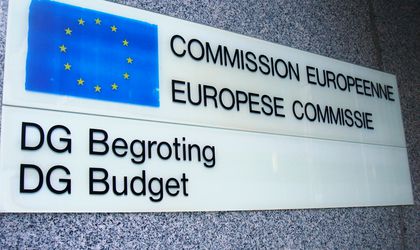 With EU member states sealing the deal on a smaller seven-year budget of EUR 960 billion, as the hawks gained the upper hand against the backdrop of a difficult economy, Romania was able to secure an 18 percent increase that took its allocation to EUR 40 billion in the next multiannual financial framework (MFF). Experts say that the country needs to overhaul its EU funds management system if it wants to make more of the allotted financing.

Austerity-driven members such as the UK and Germany prevailed in European Council negotiations that dragged out over 24 hours. Heads of state agreed to set budgetary commitments at EUR 960 billion, down from the EUR 1,033 billion proposed by the European Commission. Budget payments fell to EUR 908.4 billion.

“It’s perhaps nobody’s perfect budget, but there’s a lot in it for everybody. Obviously you can look at the end result through many, many prisms,” said Herman van Rompuy, European Council president.

Romanian MEP Theodor Stolojan said the new budget had been marked by the crisis situation which made the net contributors reluctant to accept the sums proposed by the European Commission and Parliament.

“Romania’s situations will certainly improve,” Stolojan told BR. “The low absorption rate didn’t play any role in the negotiations. There was a proposal from Germany [to reduce the allocation to countries with a low absorption rates over 2007-2013], but it was rejected.” Stolojan is a member of the Group of the European People’s Party and vice-president of the Economic and Monetary Affairs Commission.

Upon returning from the council meeting, Romanian President Traian Basescu said the country had obtained the biggest percentage growth in its budget and was one of the few nations that had secured any growth at all.

“A series of facilities for various system payments in the interests of Romania has been obtained, some of which were initially proposed by President van Rompuy, while others were improved through negotiations or emerged as a result of negotiations,” said the president. He added that Romania was in a difficult position to ask for fresh resources, as the absorption levels in the previous MFF were weak. The absorption rate was 21.8 percent last year, against a CEE average of 43 percent, according to Coface Romania, a credit insurer.

Basescu said Romania was trying to extend the accession period of the current MFF to prevent fund disengagements.

Among the breakthroughs, he cited VAT deductibility on the reimbursement of expenditure in contracted projects and the co-financing contribution from the national budget. Romania is among the members that secured a 10 percent top-up for co-financing in cohesion and in rural development as the country has an ongoing loan deal with international lenders including the IMF and the European Commission.

While the Romanian president said he was satisfied with the budget, PM Victor Ponta described himself as “disappointed” by the outcome because of an “unfair allocations for Romania”. He said the European Commission had previously agreed on a EUR 48 billion budget for Romania in November and higher co-financing and pre-financing levels. The president dismissed this budget figure as a lie.

Fund use is key

Aside from the inevitable political bickering on a topic that influences Romania’s development through to 2020, specialists say authorities’ improved management and prioritization is paramount in attracting more resources.

Romania has been awarded 10 percent more in cohesion funds, a total of EUR 21.8 billion, in the next MFF. Funds allocated through the Common Agricultural Policy (CAP) rose by more than a quarter to EUR 17.5 billion. The country secured EUR 10.3 billion in direct payments – more than double the current MFF – for farmers and EUR 7.1 billion for rural development.

Aside from the hitherto poor absorption rate, Romania may face additional challenges in the next budget if existing issues related to public procurement, low administrative capacity and red tape are not solved, warns Anca Calugaru, consultant at Schuman Associates, a Brussels-based consultancy specialized in EU funding.

“At a strategic level, the focus should be more on how to improve the conditions for using the funding opportunities that become available in the new round and how to maximize the gains, both from a qualitative and a quantitative point of view,” says Calugaru.

Daniela Nemoianu, executive partner at the professional services firm KPMG, reckons the implementation of EU projects locally has been hindered more by corruption and bureaucracy than by the budget size. She suggests the authorities pick several feasible projects and make the whole management process more transparent. This would allow Romania to take advantage of EU financing at a time when the national budget is under pressure and the foreign direct investment flow is at a low ebb.

Last autumn, the European Commission (EC) pre-suspended the bulk of three programs co-financed through EU structural funds. The move came in response to concerns over public acquisitions and fraud prevention in the Transport, Regional and Economic competitiveness growth programs.

Since then, the government has been working closely with European auditors and payments in a human resources program (POS DRU) resumed this month. The PM expects the regional development program to be unblocked in March, adding that it will be harder to secure the same outcome in the Transport area.

Romania obtained deductible VAT for cohesion funds that are used for large projects and by local administrative authorities, according to Cristina Ana, senior associate at law firm Tuca Zbarcea & Asociatii and head of the firm’s Structural Funds practice group.

“For local and central institutions, as well as for undertakings, this is an important advantage,” says Ana. She adds that the VAT eligibility means that 24 percent of the cohesion funds could be in Romania’s national budget.

“VAT eligibility in practice means that the VAT (i.e., EUR 5 billion out of EUR 21 billion) from the cohesion funds is paid to Romania’s budget. The value of this VAT is higher than the state budget contribution to the projects’ development,” adds Ana.

The Tuca Zbarcea & Asociatii senior associate says the co-financing level for the cohesion funds remains at 85 percent, while pre-financing has reached 4 percent for states that had financial assistance agreements with the IMF and the EU in 2010.

“Measures such as VAT eligibility and higher pre-financing rates are concrete instruments aimed at helping the final beneficiaries of EU funding to start their projects and be able to sustain them financially,” adds Calugaru of Schuman Associates. She says this will lead to a smaller contribution from the Ministry of Finance to the overall budget allocated to projects, at the same time easing the pressure on beneficiaries.

“Consequently this would lead to better use of the funds, more projects and higher absorption rates,” reckons Anca.

Daniel Anghel, partner, indirect tax leader, at PwC Romania, says the law that makes VAT costs eligible for EU financing has been in force in Romania since January 2012 and an extension of this provision could be regarded as a gain for the country. He explains that local authorities will be able to have VAT related to eligible expenses incurred for EU-funded infrastructure projects reimbursed from European funds, alongside their expenses. In this way, the VAT will be covered by EU funds, not from local funds or public institutions.

“The downside is that the total funding allocated to Romania will remain the same to cover project expenses and related VAT costs, which means that fewer projects will be financed with EU money,” said Anghel.

Another measure touted by Romanian officials as a success was the flexibility on CAP components, allowing the transfer of up to 25 percent of yearly allotted funds in the budget between rural development and direct payments.

Ana of Tuca Zbarcea & Asociatii says that the transfer of funds from direct payments to rural development is a viable option. However, if the mechanism operates the other way round it will only lead to an increase in subsidy-dependant farmers, while reducing the number of projects that allow for investments, and delaying the sector’s development.

The fact that Romania has the lowest absorption rate in the EU – less than 12 percent – while Lithuania and Poland posted 60 percent and 50 percent respectively, cannot be ignored in the next budget, according to the Schuman Associates consultant.

She says the country needs to establish clear procedures and law reinforcement measures, while increasing the coordination between managing authorities and intermediary bodies, which should operate with highly qualified personnel.

“Low absorption could be put down to variables such as fragmented policy-making capabilities, too ambitious a choice of operations for this first management period governed by new procurement/state aid rules, cumbersome procedures, inexperienced human resources and a blame- and fear-driven management culture,” says Ana of Tuca Zbarcea & Asociatii.

Nemoianu of KPMG reckons that a strategic restructuring that relies on competence criteria, efficient management and financial sustainability is of the utmost necessity.

“Some of the existing structures have overlapping and conflicting responsibilities, the practice is inconsistent, and further improvements in project volumes, process efficiency and final results are required to match other similar authorities in the EU,” says Nemoianu.

Romania’s Regional Development Agencies have proved to be efficient in managing regional funding for road, healthcare, education and tourism infrastructure, according to Calugaru. She suggests the regional focus be continued from 2014 onwards, recommending that the country seek technical assistance from high performers such as Poland or Ireland.

The government has been wary of its weak absorption rate, as these funds represent one of the growth engines for the local economy. The Ministry of European Funds recently gained more firepower in coordinating the management authorities within the ministries.

Dacian Ciolos, EU commissioner for Agriculture and Rural Development, said last week that Romania needs to focus its efforts on preparing the absorption plan for the fresh allocation. He added that simplifications in inter-institutional relations could spur absorption.