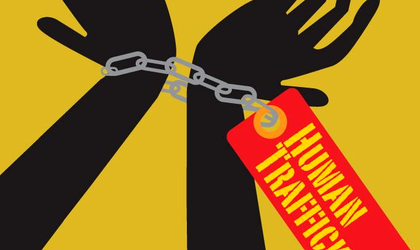 The Government of Romania does not fully comply with the minimum standards for the elimination of trafficking, shows a report of the Embassy of the United States in Romania. However, it is making significant efforts to do so, the report concludes.

In order to stop trafficking, the government demonstrated strong law enforcement efforts, but issued weak or suspended sentences that did not deter traffickers or keep victims safe when traffickers were released.

Romania prohibits all forms of trafficking through Article 210, which prescribes penalties of three to 10 years’ imprisonment. These penalties are sufficiently stringent and commensurate with penalties prescribed for other serious crimes, such as rape.

The government relied on NGOs to identify and assist victims, but did not provide any financial support due to a legal preclusion of direct funding for NGOs. Therefore, a large number of victims were identified, but public and private institutions assisted only half of them. The government did not provide funding to NGOs offering victim assistance, and victims had difficulty obtaining medical services, psychological counselling, and restitution from traffickers. Some victims who had been returned to their homes by the government, instead of being placed in shelters, were subjected to trafficking again by family members.

Approximately half of the registered victims (380) benefited from rehabilitative assistance provided by public institutions and NGOs. The government referred victims to government-run domestic violence or homeless shelters when NGO-run trafficking shelters were full. Child trafficking victims received non-specialized care in facilities run by the Romanian child protection service or facilities for children with disabilities.

Romanian law entitled victims to medical and psychological care, legal aid, and reintegration support, though quality varied greatly across facilities, particularly counselling services. Victims previously not part of the formal labour market had difficulty qualifying for medical coverage and relied on NGOs to pay medical service fees up front. The government continued to operate a hotline for trafficking victims, though it was not staffed during evenings and weekends.

Romanian law permits foreign victims a 90-day reflection period, though experts reported this was not always respected in practice. Victims who cooperate with authorities to identify traffickers could receive a temporary residence permit for up to 12 months but are not allowed to work in Romania. Of the total trafficking victims identified in 2014, 69 percent (525) participated in criminal prosecutions against their traffickers. Some victims reportedly chose not to testify because the justice ministry published the names of all trial witnesses, including children, on its public website.

Romanian law entitles victims to restitution from their traffickers; however, the majority of victims could not afford the fees necessary to pursue court-ordered restitution. Prosecutors typically dropped charges and fines against victims for crimes committed as a result of being subjected to human trafficking, but some victims were still charged with crimes, such as theft.

According to the report, the government sustained prevention efforts. The National Agency against Trafficking in Persons assisted in the implementation of six NGO-led national awareness campaigns and 53 local campaigns that reportedly reached an audience of over two million people. The government partnered with NGOs, a multinational bank, private companies, and a foreign embassy to raise awareness of trafficking in Romanian schools.

Recommendations for the future include allocating public funding for NGOs providing services to victims and provide funding to staff the new government shelter for trafficking victims, improving victims’ access to assistance, investigate, prosecute, and convict traffickers, including complicit officials, assess safety of home environments before releasing victims to prevent re-trafficking, withhold from publication names of trafficking victims who testify in trials to improve cooperation, inform victims of their right to apply for compensation, operate the anti-trafficking hotline on evenings and weekends and to not prosecute victims for crimes committed as a direct result of their being subjected to human trafficking.