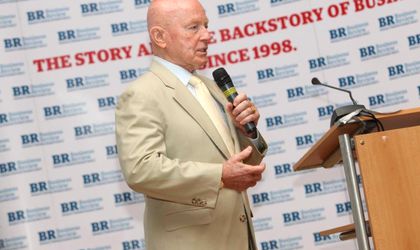 He added that although he understands that this is not an easy process and that there are political issues that go with this, accomplishing this goal would help get the economy moving.

Accessing EU funds should be the second priority, he recommended. “Romania has a lot of money in Brussels waiting to be spent. And you have to ask the question why it that you have this money and it isn’t used? Again, it is a government issue, a political issue. How can we get politicians together to agree to pursue very important infrastructure projects? Infrastructure means growth for this country,” said the businessman.