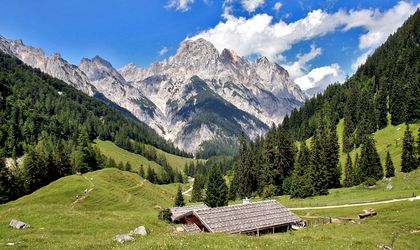 Romania generated over 800,000 overnight stays in Germany last year, up by more than 10 percent y-o-y, according to data from the German National Tourist Board (GNTB). This increase propelled Romania to the 20th position in the top 20 markets for incoming tourism to Germany. The forecast is that the upward trend will maintain with GNTB estimating that by 2030 the number of overnight stays generated by Romanian tourists will double and reach about 1.6 million .

In 2015 Romania was the fourth market in the South-East Europe region for Germany, ahead of Hungary (0.7 million overnight stays), and behind Austria (3.7 million) and the Czech Republic (1.1 million).

Romanians travel to Germany for holidays (43 percent), visiting friends and relatives (30 percent) and business (27 percent), GNTB statistics indicate. They travel on average for 9 days and spend on average EUR 36 per day. Most tourists travel by car (67 percent), air (22 percent) and coach (10 percent), according to the same source.

Germany is a destination popular among young Romanians (aged between 15 and 34 years), 49 percent of them choosing Germany as a tourist destination. In contrast, the number of tourists over 55 years represents 27 percent of all those who visit Germany.

Some 37 percent of foreign tourists traveling to Germany choose the country as a travel destination for its landscapes and scenery, according to GNTB data. With this being the second most cited reason after tourist sights (39 percent), the GNTB made ‘Holidays in the heart of nature in Germany’ the focus its international sales and marketing activities in 2016.

More than one third of Germany’s land area is under special protection within national parks or nature parks. The country boasts 30 upland regions, 350 islands, 200,000 km of marked walking trails, including 500 premium trails and more than 100 quality-certified trails, as well as 70,000 km of long-distance cycle routes.

Germany is the second most popular tourist destination in Europe, behind Spain and ahead of France. Last year it reported 79.7 overnight stays made by foreign tourists, up 5.4 percent y-o-y. GNTB estimates that this could increase to 121.5 million by 2030.

Incoming tourism generated EUR 46.6 billion last year, EUR 29.6 billion of which came from within Europe. Overall, the tourism industry had a 4.4 percent contribution to the German economy’s gross value added in 2015, more than constructions (4.3 percent) and the automotive industry (2.3 percent). Both German and foreign tourists spent a whopping EUR 278.3 billion in the country last year.