Romania leads among EU members in number of accidents 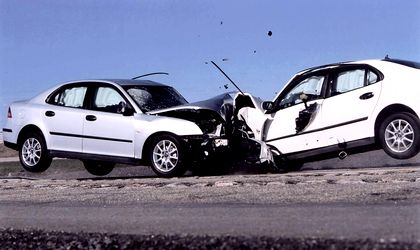 Romania reported the highest number of accidents for each year in the period 2006–13, with the exception of 2010 (32 accidents in Romania, 38 in Hungary).

Our country was followed by Austria with 17 percent (25 cases) and Poland with 8 percent (12 cases).

39 percent of victims killed in road accidents in Romania were pedestrians, 38.7 percent were drivers, and 22.3 percent were passengers.

When it comes to air fatalities, Romania registered no cases between 2011 and 2013, while the whole of EU stayed at a low level (21 fatalities).