Romania: Investment arbitration in the context of renewable energy investments 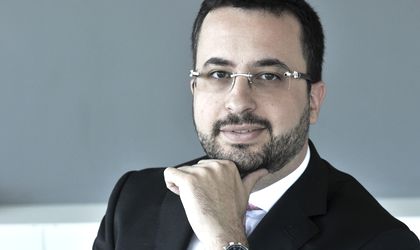 There has been a lot of talk about investment arbitration in relation to the cuts in and changes to the Romanian government’s support scheme for renewable energy (“RESS“).

Several investors appear to have taken a closer look at this legal tool to obtain compensation for the detriments they have suffered as the consequence of the government’s recent policy changes.

We know for a fact that some law firms have been busy at work, drafting assessments and pitching for cases. There may even have been drafts of notices of dispute floating around.

Those investors who did not get as far as asking for their lawyers’ advice or who are interested in matters that, for one reason or the other, are rarely to be found in formal legal assessments, may find the text below an interesting read. It is not an assessment of the chances of success of RESS-related investment arbitration proceedings. Instead, it provides our opinion, expressed from the viewpoint of a diligent observer of the Romanian (legal) market.

Investment arbitration is a procedure to resolve a dispute that has arisen over an investment between the investor (as defined by the relevant Bilateral Investment Treaty (“BIT“) or by the Energy Charter Treaty (“ECT“)[1] and the so-called host state, i.e. the state in which the investor has made his investment.

Depending on the Treaty or the investment contract the investor chooses to base its claim on, the most common fora for conducting investment arbitration proceedings are the International Centre for Settlement of Investment Disputes (ICSID) in Washington, the Arbitration Institute of the Stockholm Chamber of Commerce (SCC), or the ICC International Court of Arbitration (ICC) in Paris. In accordance with the UNCITRAL Arbitration Rules, the proceedings are regularly conducted outside an institutional framework.

As most investment arbitrations are conducted in accordance with the ICSID Arbitration Rules, our analysis focuses on ICSID cases.

While ICSID has been around for five decades, most investment arbitration claims were raised only during the course of the last twenty years.

An award has been rendered in around 65% of the 470 arbitration cases registered until recently. The other approximately 35% of the cases have been settled or closed otherwise.

Around half of the awards were rendered in favour of the investor. This does not necessarily mean that the investor received what it had asked for – sometimes, the amounts the host state was held to pay are only a fraction of what had been claimed by the respective investor.[2]

An award may be subject to an annulment procedure under the ICSID Arbitration Rules. Around 5% of the awards rendered by ICSID tribunals have been annulled.

The number of investment arbitrations initiated against Romania totalled 12 as per the end of December 2015. Four cases are still pending. Out of the eight cases in which an award was rendered, Romania was held to pay compensation in two (Micula I v. Romania and Awdi v. Romania). The Micula I award is currently the subject of an annulment procedure under the ICSID Arbitration Rules.[3]

In relation to potential RESS investment arbitration, it is to be expected that investors would follow the beaten track and would invoke breach of the fair and equitable treatment standard and (potentially) indirect expropriation by Romania.

The duties of the host state to (a) protect the investor’s legitimate expectations, (b) provide stability (of the scheme), (c) not to act arbitrarily, but rather to act transparently and to fulfil its other duties, would play an important part.

The changes could, under circumstances, also deprive the investment of economic value and thus amount to indirect expropriation.

In the context of changes in the RESS, the usual hurdles associated with attributing certain actions (e.g. of a state-owned enterprise or a public servant) to the host state, or other issues related to evidence, are not of major relevance.

Romania would likely invoke its right to amend the support scheme as part of its sovereign powers and in the public interest (e.g. energy price). The public interest would outweigh the need for legislative stability.

Romania would likely also claim that investors should have been aware that the RESS were subject to amendments and refer to comparable scenarios in Spain, Italy, the Czech Republic, Bulgaria, etc.

Investment arbitration is quite cost intensive. Investors may thus choose to team up and bring a claim jointly. This has proven quite tricky in respect to the RESS arbitrations launched against the Czech Republic, where the State only accepted to stand as a respondent to each and every individual claim, as opposed to defending against a single claim brought jointly by multiple investors.

There is also a certain likelihood that the investor would not face one, but rather two opponents: on one hand the host state, on the other hand the European Commission (“EC“).

It is not uncommon that the EC intervenes in investment arbitrations as amicus curiae in support of the position of the host state.[4] Generally, the EC alleges that the changes in the policy under scrutiny (i.e. the cutting off of the incentives for the investors) are part of the process of the host state complying with EU law.

This was the case in Micula I v. Romania. However, the investment tribunal deciding the case did not consider itself bound by the EC’s position and ordered Romania to pay damages to the investor.

Following the rendering of the Micula I award, the EC took the position that the damages awarded by the ICSID tribunal constitute state aid.[5] Thus, it ordered Romania to recover the already paid amounts from the investor. The only authority that exercises control over the EC’s decision is the European Court of Justice (“ECJ“). The Micula brothers have already challenged the decision before the ECJ, but the case is still pending.

It will be a difficult case for the ECJ to discuss the supremacy of EU Law over the protection standards defined in the various BITs. In the worst case, the good news for the investor would be that if they cannot enforce the award in an EU member state as long as such award is not set aside in annulment proceedings, such award may be enforced outside of the EU.

Another thing to be considered by the investor is that investment arbitration takes a long time, namely at least three to four years. The average duration of an ICSID case is three and a half years.[6] The longest ICSID case was decided after 10 years and a half (Pey Casado v. Chile), whereas the shortest duration of an ICSID arbitration was 14 months (Cable Television of Nevis v. St. Kitts and Nevis).

An investor should take into consideration both this time aspect and potential intervention(s) by and decision(s) of the EC when estimating the costs of a potential investment arbitration. It should be noted that the investor always has alternatives in supporting such costs. Third-party funding remains a possibility for those investors who do not have the necessary fund available.

First, the EC’s position is straightforward: after accession to the EU, the intra-EU BITs have lost their validity and all claims should be formulated under European law.

Second, the EC has gone even further and has initiated infringement proceedings against five European States (Romania being one of them) with a view to having them terminate their intra-EU BITs.[8] The EC has initiated discussions along the same lines With the remaining 21 EU member states. Ireland and Italy terminated their BITs in 2012 and 2013, respectively. If EU member states do not comply voluntarily, the EC may bring the case further to the European Court of Justice.[9]

Third, although the EC claims that the BITs with states outside the EU remain valid, it is pursing the Transatlantic Trade and Investment Partnership (“TTIP“), a free trade agreement with the United States that includes an extensive – and highly controversial – chapter on investor-state dispute settlement (“ISDS“).[10] Given the public opposition to ISDS, the EU has presented a proposal to replace ISDS by an investment court system with publicly appointed judges hailing from both the EU and the United States. Advantages worth mentioning would be the inclusion of a cost and time effective mediation mechanism, uniform decisions, and quicker dispute settlement.

The changes in Romania’s RESS tick just as many boxes as other legislative changes and sets of facts that have led to the initiation of investment arbitrations, even successful ones.

However, the battle, if any, will be a tough one, since the host states – and potentially the EC – may be expected to use their entire arsenal.

Whereas the actual competence of the ECJ to decide upon the validity of the BITs is arguable (as the ECJ only has the competence to discuss EU law[11]), the existence of intra-EU BITs has been placed in serious danger on account of the EC’s anti-BIT attitude.

As for the investors, it is a clear fact that the provisions of the BITs will remain in force even for another decade after the eventual termination of the respective bilateral investment treaties.

Despite all these challenges, investment disputes based on intra-EU BITs persistently pop up in practice, proving that there is a clear gap in the EU law that the BITs continue to fill. Until the EU effectively develops a replacement mechanism for the intra-EU BITs, both the investor and the host states will continue to face a risk with regard to the enforceability of the award.

[1] Each the BIT or the ECT shall be referred to as the “Treaty”.

[7] This formula was used by Mr. Nikos Lavranos in his paper Member State’s BITs: Lost in Transition? available at http://papers.ssrn.com/sol3/papers.cfm?abstract_id=1935625

[8] BITs concluded with other EU-member states: http://europa.eu/rapid/press-release_IP-15-5198_en.htm. The other four states are: Austria, the Netherlands, Slovakia and Sweden.

[9] In 95% of the cases the states comply voluntarily.

[11] According to Article 220 of EC Treaty the courts must “ensure that in the interpretation and application of the Treaty the law isobserved”.