Romania in fresh row over Schengen 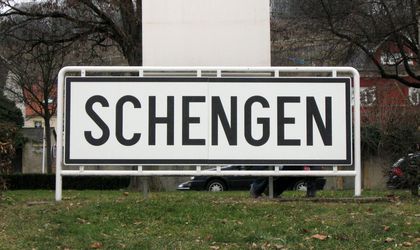 The debate over Romania’s accession to the Schengen free-movement area reignited last week after French government officials claimed Romania and Bulgaria needed to step up their border security.

France’s position piqued PM Victor Ponta and President Traian Basescu, who called it a political game set up by French politicians in search of votes.

“People coming from outside Europe could enter Romania and Bulgaria and then freely enter the rest of Europe,” Laurent Fabius, the French foreign minister, told France Inter radio, quoted by Reuters newswire. “There’s a problem there, and we must be sure that Bulgaria and Romania have the means to check it.”

His statement came against the backdrop of an ongoing debate in France, regarding the treatment of the Roma people. It is reported that around 20,000 Roma migrants from Romania and Bulgaria live in unofficial camps around large French cities.

Schengen accession linked to Cooperation and Verification Mechanism Thierry Repentin, France’s EU affairs minister, commented that any decision regarding Schengen would be made after the European Commission, the executive arm of the EU, published the new Cooperation and Verification Mechanism (CVM) report. The CVM tracks Romania’s and Bulgaria’s progress in combating corruption and modernizing the judiciary.

The last report was published in January 2013 and acknowledged Romania’s progress in restoring the rule of law and the independence of the judiciary. Such reports are delivered every semester.

Some months ago, Romania sealed a strategic partnership with France addressing a wide array of sectors, ranging from politics to culture and the economy.

Michael Schwarzinger, the Austrian Ambassador to Romania, believes that Romania has to maintain very close contact with those countries that are having second thoughts and work things out.

“It’s very hard for us to discuss a timeframe because that means pushing and bullying those countries that can’t yet agree, and I don’t think anybody wants to do that,” the ambassador told BR.

“France is a founding member of European integration and if they have a problem I think everybody should take it seriously.”

Negotiations over Schengen have been in deadlock for the past two years, after the Netherlands and Germany blocked Romania’s accession over fears of corruption. The row over the Roma people is the latest pretext to keep Romania out, commented PM Ponta.

Although the Council concluded in June 2011 that both Romania and Bulgaria met the criteria to fully apply the Schengen acquis, it has not decided to lift controls at the countries’ internal borders.

Meanwhile, the EC is a supporter of the two countries’ accession. Ultimately, Romanian officials say, the decision will be a political one as all the technical aspects are met.

Joining the Schengen area would enhance exports and logistics as the border with Hungary would disappear, says Arnulf Gressel, commercial attache at the Austrian Embassy in Bucharest.

Accession to the passport-free area, which comprises 26 members, is not vital for Romania, but has psychological significance, according to Dragos Anastasiu, president of Eurolines, the transport and tourism group.

“The border with Hungary is streamlined and easy (e.n. to pass). Our borders at the airports are from my point of view the best organized in Europe,” Anastasiu told BR. “I fly a lot and I don’t spend more than two minutes at the border.”

Under the Schengen plan for Romania, airport borders would be opened over the course of a few months, followed by the rest, according to the Austrian ambassador, who says some details of the arrangements could be revised to get a unanimous decision.

“We would be happy to see Romania in Schengen,” concluded the ambassador.