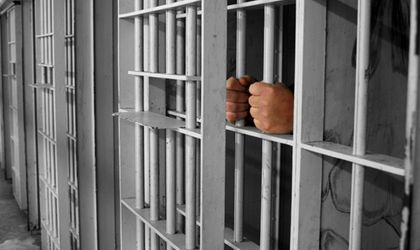 Ioan Talpes, the former head of the country’s intelligence service said the CIA had “centres” in Romania, including a transit camp or compound, where prisoners were kept before being moved to other locations, writes The Guardian.

Talpes is the first Romanian official to confirm the information in the CIA torture report released last week, which stated the existence of at least one “black site” in which prisoners were held and probably tortured. The issue has been denied successively in the last years, even after last week’s US Senate report said there had been a CIA prison in Romania.

Talpes said the transit camp was set up following detailed discussions with Romanian authorities. He told Germany’s Spiegel Online there was one, possibly two locations in the country in which “it is probably that people were imprisoned, and treated in an inhumane manner” between 2003 and 2006.

Talpes was head of Romania’s foreign intelligence service, SIE, between 1992 and 1997 and for four years until 2004, was head of the president’s office with responsibility for national security.

The ex-spy chief said talks on “sites that the Romanians would place at the disposal of CIA representatives” began after September 11, 2001. The former official denied knowing where the CIA centres had been or that torture had been carried out in them, and said Romania had “explicitly taken no interest in knowing what the CIA did there”. He argued that Romania’s bid to join NATO at the time prevented it from asking the US about the purposes of the sites.

“The Romanian side was not interested in what the Americans were doing, purposely to show them that they could trust us,” said Talpes, quoted by Russia Today.

Romania eventually joined the North Atlantic Treaty Organisation (NATO) on March 29, 2004 following the decision taken at the Prague Summit, in November 2002. For Romania, this has represented a major evolution, with decisive influence on the foreign and domestic policy of the country.

The CIA Torture Report is a report compiled by the United States Senate Select Committee on Intelligence (SSCI) about the Central Intelligence Agency (CIA)’s Detention and Interrogation Program and its use of various forms of torture (described in U.S. government communiqués as “enhanced interrogation techniques”) on detainees between 2001 and 2006.

The 6,000-page report, which took five years and USD 40 million to compile, details abusive actions by CIA officials (amounting to systemic mistreatment of detainees) and various shortcomings of the detention project. On December 9, 2014—eight months after voting to release parts of the report—the SSCI released a 525-page portion that consisted of key findings and an executive summary of the full report.  The report details actions by a number of CIA officials, including torturing prisoners and providing misleading or false information about CIA programs to government officials and the media.

A report from Swiss Senator Dick Marty directly accused Romania of hosting black sites in 2005. Although the report mentions 14 countries directly, Romania and Poland received the most attention, seing as in their case the evidence pointing to the existance of these black prisons is “strong”.  The report cites airports in Timişoara, Romania, and Szymany, Poland, as “detainee transfer/drop-off point[s]”.