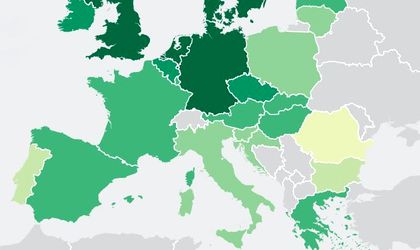 According to a Standard&Poor’s study concerning financial literacy across the European Union, Romania, with a 22 percent level of literacy occupies the last place among member states.

Financial literacy rates vary widely across the European Union. On average, 52 percent of adults are financially literate, and the understanding of financial concepts is the highest in northern Europe. Denmark (71 percent), Sweden (71 percent), the Netherlands (66 percent) and Germany (66 percent) have the highest literacy rates in the European Union, while rates are much lower in southern Europe, with Italy (37 percent) and Portugal (26 percent) having some of the lowest literacy rates in the south. Rates are also low among the countries that joined the EU in 2004 and after. In Bulgaria and Cyprus, 35 percent of adults are financially literate.

According to the study, income could be a direct influencer, with richer economies, having larger GDP per capita, presenting higher literacy rates. However, this seems to hold true for the richest 50 percent of economies, the poorer half of countries showing no such correlation.

Another factor that seems to influence the understanding of financial concepts among population is being exposed to them in their daily lives, the study using Argentina as an example: though the country overall financial literacy rate is at 28 percent, the population has a high understanding of the concept of inflation, as the country has battled hyperinflation for years.