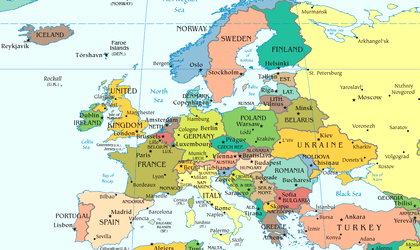 Around 19 thousand children died before reaching one year of age in the EU-28 in 2013; this was equivalent to an infant mortality rate of 3.7 deaths per 1,000 live births.

In 2003, the differences between the highest and lowest life expectancies among EU Member States amounted to 12.7 years for men and 8.2 for women. In 2013, the differences were 11.8 years for men and 7.5 years for women. Thus, while life expectancy increased in all Member States between 2003 and 2013, it generally increased more in some of the member states where it had been relatively low in 2003.

Life expectancy at birth is the most commonly used indicator for analysing mortality. It represents the mean number of years that a person can expect to live at birth if subjected to current mortality conditions throughout the rest of his or her life.

With a gender gap of 5.5 years of life in 2013, newly born women in the EU-28 should generally expect to outlive men. Furthermore, this gap varied substantially between EU Member States. In 2013, the largest difference between the sexes was found in Lithuania (11.1 years) and the smallest in the Netherlands, United Kingdom (both 3.7 years) and Sweden (3.6). Romania is also pretty high on the list with a 7.1 gap.