Romania halts its economic growth: GDP down 1 percent in Q2 compared to Q1 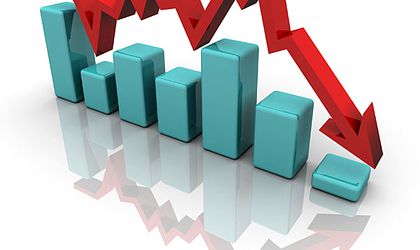 Compared to the second quarter of 2013, the GDP grew 1.2 percent brute series and 1.4 percent adjusted.

The annual growth rate also dropped significantly: the economy grow only 2.4 percent year on year in the first semester, far below analysts expectations of 3.5 percent per year.

Prime-minister Victor Ponta announced at the end of April that preliminary data indicated a 3.2 percent growth for the first quarter of 2014. Afterwards, the delegate minister for the Budget, Liviu Voinea, estimated that the economy would between 3 and 4 percent in that same period.

IMF is expecting a 2.8 percent GDP growth from Romania this year, while the European Commission expects Romania’s economy to grow by 2.5 percent in 2015 and 2.6 prcent in 2015.