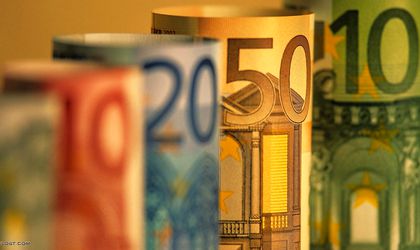 The Danube region may be an attractive investment destination for China that recently announced a USD 10 billion credit line in the Central and Eastern Europe for joint investment in technology and infrastructure.

Companies based in the CEE were given the chance to present their development programs to representatives of the Chinese trade and investment authorities during a forum organized this Monday by the Bucharest Chamber of Commerce and Industry (CCIB) on China’s contribution to the development of the Danube region.

“This Forum is, for China, part of its strategy to invest USD 10 billion in the CEE. It is a chance for Romania, as well for Europe, to find the economic stability necessary for this area,” said Sorin Dimitriu, president of CCIB, quoted by Agerpres newswire. “The EU funds are harder to access during the crisis period so we have to take advantage as Romania is a traditional partner of China and attract investments.”

The Danube region covers parts of 8 EU countries and 6 non-EU countries and the EU wants to develop the economy in this area, as well as improve the transport and energy connections.

Some of the projects presented to the Chinese included the building of private airport in the Danube Delta and the development of the entertainment infrastructure in the Roman city, Neamt County.

“This is our first contact with Chinese investors, our tenth with foreign investors,” Laurentiu Leoreanu, mayor of Roman, told BR. We are interested in developing the infrastructure or the entertainment platform, which can represent an important attraction center for the region,” he added.

The mayor said that a US company will start an investment in the area that will create 750 jobs in the first year, adding another 1000 in the next two years. The 200,000 inhabitants’ city has already attracted foreign investments from the Indian ArcelorMittal Steel and Austrian Agrana Group.

Romania’s renewable energy boom has attracted significant foreign investments in recent years, due to the green certificate support scheme, and firms are open to Chinese capital.

Austrian Global Energy Partners (GEP), which develops wind projects in the region, presented its projects during the Chinese forum. Right now the company is looking to finance its 275 MW wind farms that are under development in Romania.

“It’s hard to say but it seems to be that they are interested, but it’s too early to be optimistic. They have to think it over and make their own picture of the situation, and I’m curious what will be the result,” Oliver Zoberning, CEO of GEP told BR, after presenting its energy portfolio to the Chinese.

The Chinese are also looking at building the Siret-Baragan Channel, which would allow the irrigation of 500,000 hectares in the Southern Romania, according to Agerpres newswire that quotes Daniel Botanoiu, state secretary in the Ministry of Agriculture.

“Last week we met with a Chinese delegation which has appetite for this type of investment. The most important point raised by the Chinese side the ways the investments can be recovered,” said Botanoiu.  Around EUR 802 million is necessary for building the channel, while EUR 2.8 billion will be put in the irrigation system.

Trade between China and the CEE increased by 34.1 percent  to EUR 30.5 billion in 2010, according to the China Daily publication that quotes data from the Chinese Ministry of Commerce.