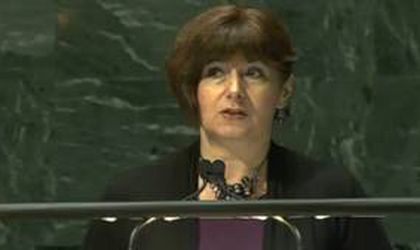 According to Romanian Foreign Ministry, the event provides an important image capital to Romania and the opportunity to guide debates in the highest forum of multilateral diplomacy. The central topics on the working agenda of the future General Assembly session will focus on implementing a set of measures that will articulate the relationship between mankind and the environment, an agenda founded on a continuous and sustainable development, on the global change for all and on a shared responsibility.