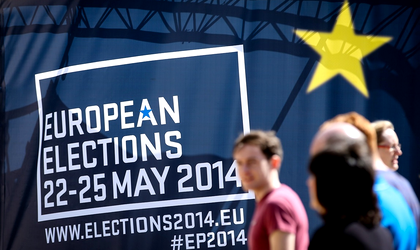 None of the local extremists running for seats in the European Parliament was elected by the around 5.7 million Romanians who headed to the polls last Sunday, in the third round of elections since the country joined the EU in 2007.

According to preliminary figures from the central elections bureau BEC, the center-left wing coalition USD came top with 37.6 percent of the votes, seizing half of the 32 seats allotted to Romanian lawmakers in the EU Parliament. The coalition comprises the left-wing party PSD, led by Prime Minister Victor Ponta, alongside the left-leaning UNPR and center-right PC.

No extremist politicians were successful in the ballot. Dan Diaconescu, a self-made millionaire and former media owner, failed to garner enough support with his extreme left-wing party PPDD taking only 3.67 percent of the votes.

Across Europe the most significant gains were made by far-right and Eurosceptic parties, such as the Front National in France, UKIP in Britain, the People’s Party in Denmark and the Syriza in Greece.

“(e.n. the Romanian) people did not trust the populism of extremist parties,” said Doru Frantescu, director of Vote Watch Europe, an independent pollster based in Brussels, quoted by RFI radio station. He added that Romanian politicians have reached a consensus regarding the further integration of the country in the EU.

Frantescu attributed the extremist parties’ surge in support to the difficult economic climate and current unemployment levels across most EU member countries.

“Differences are seen in the north-south axis. Southern states such as Greece, Spain, Portugal and Italy are heading towards the extreme left in reaction to the austerity, while northern states such as the UK, France and the Netherlands headed to the extreme right because on top of the economic issues they have the immigration problem, which right-wing extremists have capitalized on,” said Frantescu.

This was the first round of elections following the outbreak of the global financial crisis, which has posed existential threats to the Euro zone. During this period, Romania has implemented a tough austerity program designed to strengthen its public finances. Economists now say the country is in better shape from a macroeconomic perspective, although domestic consumption and wages in the private sector have not registered significant gains.

Romania has an ongoing EUR 4 billion stand-by agreement with the International Monetary Fund and the European Commission, the executive arm of the EU. The program aims to keep the country’s reform of key sectors such as healthcare and energy on track. Furthermore, Romania is aiming to adopt the euro in 2009, although economists have said it will take at least a decade for the local economy to become strong enough to compete with the 18 members of the Euro zone bloc.