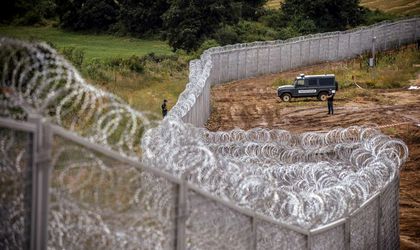 Romania’s Interior Minister Gabriel Oprea announced that enough forces have been deployed to cope with the migrant crisis in Europe, particularly at the border between Romania and Serbia, according to Agerpres.

“We have deployed additional Border Police and Gendarmerie officers, especially at the border with Serbia, so that Romania is safe,” Oprea said.
If more Interior Ministry staff is needed, said Oprea, 6,400 positions will open.

“There are 6,400 projected positions that are not budgeted, meaning there is no money to activate them. But, if a certain security dynamic demanded it and if we were to hire 300 more Border Police officers, we would have the positions and the Government would issue a resolution approving a budget for 300, 600 or 6,000 officers, as the case may be. None of these officers are hired now,” the official added.

Oprea explained that under a governmental protocol of 2011 between Romania and Serbia, any unauthorised persons entering Romania from Serbia will be returned to Serbia, adding that more than 4,000 checks were performed lately.

He also said that from his information, 50-60 km away from the border between Serbia and Romania there are between 40,000 and 50,000 refugees pressuring toward Hungary in an attempt to cross Croatia en route for Germany.

Earlier in the week, Hungary had started running a barbed wire along its border with Serbia, which has been the main route for migrants seeking to reach the European Union’s border-free Schengen zone, Reuters informed. Later on, Hungary has announced intentions to expand the fence along the border with Romania and Croatia, stating that it is not closing borders to Europe, but that the country has a right to defend its territory.

“The Romanian deputy minister reiterated the ministry’s position over building a fence between the two EU states, a gesture that is not politically correct and that contravenes the European spirit,” the statement said.

However, Oprea mentioned that reports on the field show that Hungary has already started erecting a fence along its border with Romania.

“Real information form the scene says cadastre works have started and the construction of the fence on Hungary’s soil. (…) There is only one thing I want to say: building a barbed wire fence in 2015 is anachronous,” the official stated.