Romania could miss solar investments of 500MW over difficult market 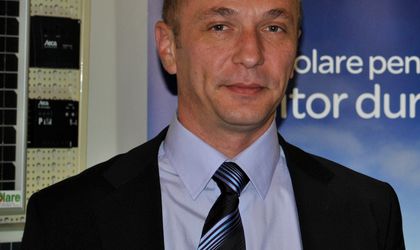 The difficult local investment climate for renewable investments and the provisions of the fresh trade deal between the European Commission (EC) and China on solar panels could lead to a loss of 500MW in new solar capacities this year, claims Flavius Iliescu, director of Petawatt Energia, an importer, distributor and EPC for solar panels.

The EC, the executive arm of the EU, adopted in August a decision to accept the undertaking offered by Chinese exporting producers of solar panels, which are exempted from the payment of anti-dumping provisional duties.

There are 90 Chinese companies in this this agreement, who will then pay 47.6 percent anti-dumping duties once the quota is met. Chinese producers that didn’t sign the agreement will pay duties of 67.9 percent. The final taxation figures will be drawn up by year end.

“This agreement, which is unfavorable for the Romanian photovoltaic industry, contributes to the decline of the sector, along with other elements such as the reduction of green certificates, the legal instability, and the increasing restriction of this activity by banning solar farms on arable land,” Iliescu told BR.

“We know numerous cases of projects abandoned in Romania, investors which exit or give up their investment plans. Players in the market say these elements could deprive the market of the construction of 500MW this year. Only 700MW will be delivered, given that the initial estimate was of 1,200MW. ”

Iliescu added the current trade deal has flaws regarding the certificates of origin and the regulated prices.

“Even if the panels are imported from Malaysia, the cells are made into China and this still means a breach of the agreement,” said the director.

According to a study by Prognos, a research institute, taxing Chinese solar imports by 60 percent will wipe out around 242,000 jobs over the course of three years. Only 9,000 new jobs would be created by European solar panels producers.

European producers seem to have lost the race on expanding their production capacities. While the biggest solar producers in Europe can accommodate around 150MW in output, their Chinese counterparts can go as high as 2GW.

“European producers have indulged for years in a ‘dolce far niente’ situation due to the high level of feed in tariffs, making huge profits but neglecting investments in production capacities,” said Iliescu.