Rigoletto staged differently after 60 years at the Bucharest National Opera 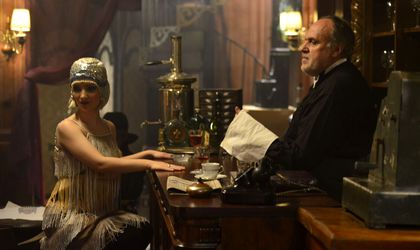 After 60 years of the same setup, Giuseppe Verdi’s opera Rigoletto will be staged at the Bucharest National Opera (ONB) in a new production of this opera, signed by the famous Australian director Stephen Barlow and by Greek artist and stage designer Yannis Thavoris. The premiere will take place on February 20.

The play conducted by Cristian Sandu will present on stage a cast including artists from the U.S., Italy, Russia, ONB soloists and guests from other Romanian cities. The new stage of Rigoletto presents the Duke as Al Capone, while Rigoletto is a private entertainer of the Duke, who is involved in the business of funeral rites.

In the new stage the story takes place in Chicago in early 1929, in the prohibition period, a world ruled by gangsters, gambling, rum-running and prostitution. The story in the original libretto takes place in Paris, in early 14th century while the composer himself was forced to move the action in Italy in the 16th century to obey the restrictions imposed by the censure.