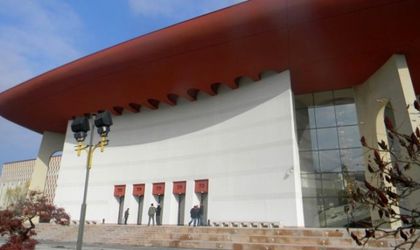 Before the performance, TNB director, actor Ion Caramitru, explained the importance of the works that removed the “Korean-style façade that had thrown into derision an exceptional building” and restored its initial “earthquake-proof up to magnitude 9” shape.

Culture minister Ioan Vulpescu quoted Shakespeare’s Prospero of “The Tempest”: “We are such stuff as dreams are made on”, and added: “Tonight it’s a dream coming true.”

The restoration project, worth EUR 65 million, was financed by the government and by the Council of Europe Development Bank. It began in 2011, with the removal of a 1,500-tonne concrete structure that was added in 1983 and affected the resistance of the TNB building. The Grand Hall was the last indoor facility opened to the public; this summer, the outdoor Amphitheatre — the seventh scene of TNB — will be also inaugurated.