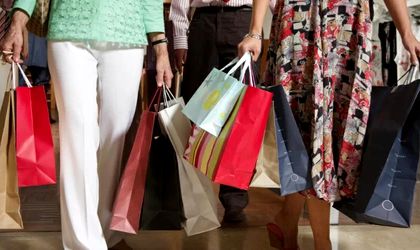 Retail turnover volumes in September 2015 showed a 10.9 percent increase year on year, while compared to the previous month the rise registered was of 1.7 percent in adjusted series, latest data from the National Institute for Statistics (INS) show.

In gross series, yearly numbers presented a 12 percent increase, while against the previous month there was a 0.6 percent drop.

Compared to September 2014, retail turnover volume adjusted series growth in September 2015 was determined by the sale of food, beverages and tobacco (+27.3 percent), the retail of automotive fuel (+5.2 percent) and the sale of non‐food products (+3.8 percent).

In gross series, the sale of food, beverages and tobacco (+27.6 percent), the sale of non‐food products (+5.2 percent) and the retail of automotive fuel (+4.6 percent) brought the overall increase.

The adjusted series increase over August 2015 was due to the increments registered by the sale of non‐food products (+2.7 percent), by the sale of food, beverages and tobacco (+1.2 percent) and by the retail of automotive fuel in specialized stores (+0.7 percent).

In gross series, food, beverages and tobacco saw a 5.1 percent drop, while fuel sale decreased by 3.9 percent. The sale of non‐food products increased by 5.5 percent