Retail trade in Romania up 4.1 pct in May y-o-y 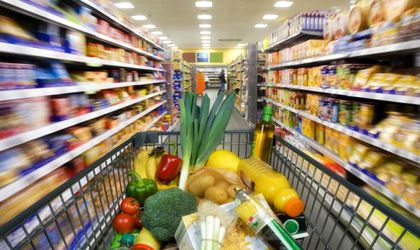 The volume of retail trade in Romania has known a 4.1 percent rise year on year, while previously in April, an 8.1 increase had been registered, according to estimates from Eurostat, the statistical office of the European Union.

However, as compared to April, retail trade showed a 0.9 percent decrease, after registering an increase of 3.1 percent in the previous month.

Year on year, the deflated turnover index for total retail trade (base year 2010) reached 114.9 in May, registering a drop from April’s 115.3 index. Still, the value was above the European Union (EU) average of 101.2.

Compared to the previous month, the deflated turnover index  reached 115.4 in May, again higher that the EU average of 102.7. However, there was a decrease from 116.4 in April.

In comparison, for the EU area retail sales index increased by 3 percent year on year, due to rises of 4.2 percent for non-food products, of 2.0 percent for food, drinks and tobacco and of 1.3 percent for automotive fuel.

In May 2015 compared with April 2015, the seasonally adjusted volume of retail trade rose by 0.3 percent in the European Union, due to increases of 0.4 percent for food, drinks and tobacco and of 0.3 percent for non-food products, while automotive fuel fell by 0.6 percent.

Among member states for which data are available, the highest increases in total retail trade were registered in Poland (up 1.5 percent), Estonia (up 1.4 percent) and Malta (up 1.1 percent), while the largest decreases were observed in Ireland (down 2.5 percent), Denmark (down 1.4 percent) and Lithuania (down 1.2 percent).