Retail sales up 0.4%, based on demand for non-food items 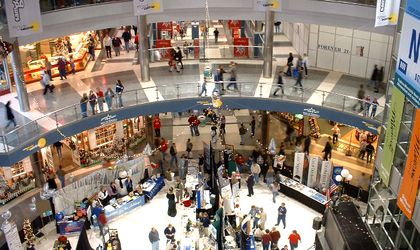 Retail trade turnover increased by 6.7% in December 2013 compared to the same period last year (gross series), thus making December 2013 the best month for retail in the whole year. The results published by INS surpassed expectations and turned around a shrinking market.

INS released data shows how big of an impact December can have on local consumption habits. The increases announced by the institution (+6.7% in brute series and +4.8% adjusted) can be considered surprising, since the great players in the food sector believed December would provide sales similar to the ones from the year before.

The increase was primarily fueled by non-food times, where sales increased by over 11%, according to the INS. Decreases were registered for fuel and auto-retail (-3.3%) as well as food, tobacco and beverage sales which dropped by 0.3%.

Overall, December 2013 was the 4th consecutive month with a retail trade turnover on the rise.