Rent prices rise across Romania, stagnate in Bucharest this July 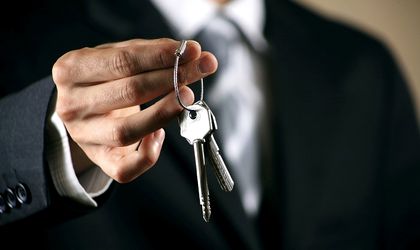 Rent prices asked by owners ranged this July between EUR 230 (for a studio) and EUR 380 (for two bedrooms) in Bucharest, according to a report by Imobiliare.ro. This places the prices at the same level compared to the same month of last year, only two bedroom apartments registering a slight increase of some EUR 20 per month.

Brasov saw a more modest price increase, of up to 10 percent. Studio rents remained constant at EUR 200, while one and two bedroom apartment prices rose from EUR 265 per month to EUR 278 and from EUR 335 to EUR 341, respectively.

Cluj-Napoca saw and advance in rent prices that ranked the city first among the most expensive rent prices in Romania. With EUR 250 for studios, EUR 320 for one bedroom and EUR 400 for two bedrooms, Cluj has surpassed Bucharest by 8 percent (studios), 6 percent (one bedroom) and 5 percent (two bedroom) respectively.

Iasi was an exception to the trends registered in the rest of Romania, rent prices staying constant for studios (EUR 200) and two bedrooms (EUR 300), while asking prices for one bedroom apartments dropped by 6 percent to EUR 240 (against EUR 255 in July 2014).

Imobiliare.ro representatives predict a further increase in rent prices in August, reaching the maximum level in September, expecting the search volumes to increase by 30 percent.