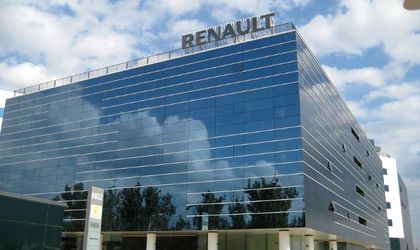 Renault Group’s Romanian IT infrastructure, managed by the Directorate of Information Systems Renault Romania (DSIRO), contains over 8,500 computers, industrial PCs and graphic stations, more than 2,000 km of network and 10,000 mobile and fixed telephones, according to a company release. The group has now reached an annual level of EUR 1.5 million investment in information systems in Romania.

“The life of a car starts, at least in terms of computing, when it is ordered. When an authorized dealer places an order for a new car in the computer application systems, manufacturing and logistics systems are queried in real time, so that in fractions of a second, the IT system decides on the producing factory, it calculates the necessary spare parts and when they are to be delivered but also the time and route of delivery logistics, be it by truck, train or ship. All stages of the process translate into millions of daily transactions within and between systems.

Besides Romania we manage the information systems of 47 countries of Latin America, Africa, Europe and Middle East and process annually more than 2,000 requests for support, training and setup of interfaces between manufacturer and the importer systems,”said Cornel Tascu, executive director of DSIRO and team manager of information systems for Renault Turkey.

The tools and applications that the Renault Group uses in Romania are the same as those that the Group and of the Renault-Nissan Alliance use worldwide.

“We invest constantly to keep pace with market changes and new technologies, both in terms of hardware and software. Our colleagues must have the best tools to create, design, manufacture and sell cars. Thus, we have now reached a level of EUR 1.5 million annual investment in information systems in Romania,” added Cornel Tascu.