Re/Max resumes expansion in Romania, wants to grow to 27 agencies 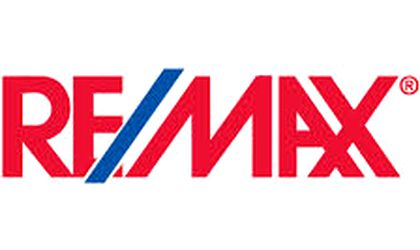 US based real estate company Re/Max presently runs a network of seven affiliated real estate agencies in Romania but plans to expand the franchise to 12 agencies by the end of this year and 27 by the end of 2015, Razvan Cuc, a local businessman who together with his wife owns the master-franchise for Romania, told a press conference on Wednesday.

This is the second attempt Re/Max makes in Romania. The franchise was initially introduced locally in 2006 by another businessman, Adrian Sischin. The network grew to 20 offices by 2008 but come the crisis and the collapse of the local real estate market the local Re/Max business went bust.

Cuc won the Re/Max master franchise last year and he now believes that this time around it has the potential to grow to over 110 affiliated real estate agencies over the next ten years. “The timing is right. The real estate market has bottomed out and not it is starting to boil,” said the businessman.

Local real estate agencies that decide to take up the Re/Max franchise benefit from being part of a global network, access to the Re/Max property listing platform and marketing and training support, said Cuc without commenting on the actual costs and fee a franchisee pays.

Less than half of the real estate agencies presently in the network are start-ups while the rest are already existing businesses. Cuc estimates that by the end of 2014, the 12 local Re/Max agencies will report revenues from commissions worth EUR 430,000. With 27 offices, this should increase to about EUR 1 million in 2015.

In Romania there are no official data on the overall business of real estate agencies or the share of transactions closed through real estate agencies as their activity is in no way regulated by the authorities. As a result, real estate agents are generally perceived as intermediaries rather than consultants, explained the businessman. There is a great need for regulations and education and the industry will have to evolve towards a model where in a transaction a broker represents either the seller of the buyer and not both as is the case presently, he went on. For the time being Re/Max will not impose this on  its franchisees but the market should evolve naturally towards this model over the next years, added Cuc.

Razvan Cuc is a Romanian businessman best known for setting up the Plus GSM network of stores. This was sold to Orange in 2008 for “under EUR 5 million”. Cuc has also invested in real estate before and after 2008 and presently owns some 90 ha of land in Jucu, near Cluj-Napoca.