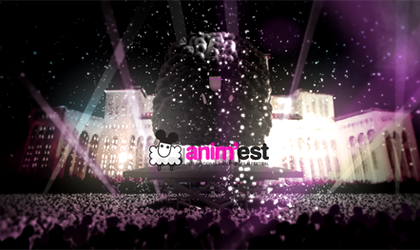 A record number of films were submitted for this ninth edition of the festival – over 1,260 short and feature-length movies – of which 400 productions from over 60 countries will come to Bucharest, between October 3 and 12.

This year’s special guest country is Denmark, the home of one of the most prestigious animation schools in the world, The Animation Workshop. The Jacques-Rémy Girerd Retrospective and Animash selection will also be highlights. Those keen to learn more about the genre can attend Re:Animating Bucharest, a concept that has grown along with the festival’s educational platform, designed to reinvigorate elements of urban culture through animation.

This year’s Creepy Animation Night proposes a brand new idea: simultaneous screenings in the three venues of the festival – Cinema Studio, Cinema Elvira Popescu and Re:Animation Hub – on Friday October 10th, starting at 10 p.m. beheadings, alien invasions, ghosts and evisceration, morbid black humour and weird sex, the bizarre night of the festival aims, more than ever before, to explore the dark side of animation. The short film screenings are followed by an after midnight party at Re:Animation Hub, with the live-act of C L N K (the new music project signed by Montgomery Clunk aka Silviu Badea) and Polochord, two representatives of fresh and authentic electronic sound.

The audience coming to the cinema for the ninth edition of Anim’est is invited to write down the name of their favorite film. The Audience Award will be offered to one of the 37 animated shorts screened in our special section – Animash – which reunites, outside the competitive categories of the festival, a series of excellent animated films that were selected and awarded at important international festivals. The Audience Award offered at the ninth edition of Anim’est International Animation Film Festival is provided by ArCuB and is worth EUR 500.