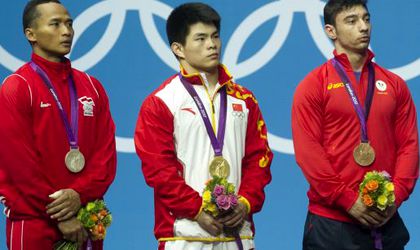 Razvan Martin lifted 177 kg for the final round of the men’s 69 kg weightlifting competition, coming in third, after the Chinese Lin Qingfeng and the Indonesian Triyatno.

For this final round, Lin comprehensively took the field apart with a total of 344kg, with silver going to Indonesia’s Triyatno (333kg) and Romania’s 20-year-old Razvan Constantin Martin clinching bronze (332kg).