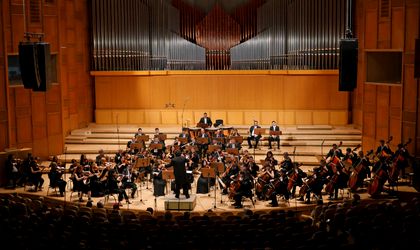 Friday, January 19, conductor Iurie Florea will lead the National Radio Orchestra through the music of the Strauss family, Johann Strauss the father, Johan Strauss the son and two of his younger brothers, Joseph and Eduard Straus.

The conductor will be Iurie Florea, conductor of the Bucharest National Opera since 1996 and artistic director of the theater in 2007-2010. Throughout his career, he was conductor of the National Opera and Ballet Theater in Chisinau (1989-1996) – where he held the position of artistic director during 1993-1996 – conducted at the Oleg Danovski National Theatre of Opera and Ballet of Constanta (1992-1993) and has collaborated with numerous orchestras in the country and abroad. He toured Ukraine, Russia, Belarus, Lithuania, Belgium, Italy, Spain, Portugal, France, China, Netherlands and others, and was a scholar of the N.A. Rimsky-Korsakov Conservatory in St. Petersburg.