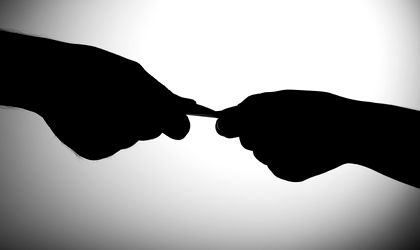 The head of the Autonomous Direction for the Administration of State Protocol Patrimony (RA-APPS), Gabriel Surdu, was detained on Wednesday by the National Anticorruption Direction’s (DNA) prosecutors, in a file in which he is suspected to have asked the president of Buzau County Council to facilitate for his company, which he was running through an intermediary, to win a contract for sewerage works worth nearly EUR 11 million.

RA-APPS head Surdu was supposed to be taken to court on Thursday with preventive arrest proposal.

Gabriel Surdu arrived on Wednesday at the DNA around 15.30, after the raids that took place at the RA-APPS headquarters.

DNA prosecutors made on Wednesday four searches in Bucharest and Prahova County, at the headquarters of RA-APPS, of a company and at the residencies of the persons suspected of corruption allegedly committed over 2013-2014.

According to judicial sources quoted by Mediafax, the head of RA-APPS is suspected that, in the summer of 2013, he would have asked the president of Buzau County Council, Cristinel Bigiu, currently suspended from office, to facilitate the achievement of various contracts for works to be carried out in Buzau County, for SC Construct CO Group SRL, company he was running through an intermediary.

Cristinel Bigiu would have agreed the request of Gabriel Surdu and would have supported him to obtain a contract for SC Construct Co Group SRL, in Ghergheasa village, in exchange for his intervention to the mayor of the village being asked 8 percent of the contract’s value.

In this regard, Bigiu would have introduced Horatiu Daniel Vidan Popa to the Ghergheasa village’s mayor and on May 21, 2014, between Ghergheasa Town Hall and SC Construct Co Group SRL ran by Vidan, was closed a contract for projection and construction works amounting of RON 48,678,773.89 – almost EUR 11 million.

Cristinel Bigiu, who was prefect from January 2005 to May 2007, afterwards senator, during his 2008-2012 mandate, was suspended from the position of president of Buzau County Council in December 2014, after being preventively arrested for bribery.

In February 2015, Cristinel Bigiu was indicted by DNA for bribery and continuous conflict of interests and for money laundering attempt, and his godson, Florin Colgiu, for complicity in these crimes. The indictment of the DNA prosecutors shows that over November 2013 – December 2014, Cristinel Bigiu asked, and on December 20, 2013, December 6, 2014 respectively received the amounts of RON 45,000 (EUR 10,200) and RON 50,000 (EUR 11,300) respectively, via intermediaries.

Cristinel Bigiu’s name is mentioned also in the file in which former Interior minister Cristian David is accused of having taken a EUR 500,000 bribe for interventions in favor of a person who was claiming a pitch.